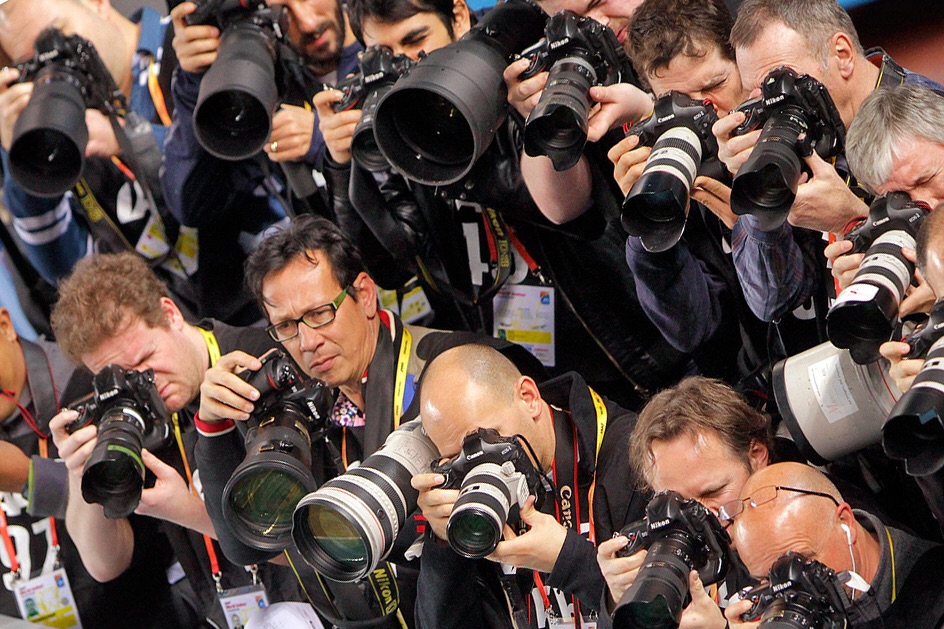 VANCOUVER, Canada – Emergency responders worked through the night after a stage collapse at a hardcore show left 175 photographers injured.

During the headlining set of popular hardcore band Turnstile, the stage suddenly gave way under the weight and volume of camera equipment and photographers jockeying for position.

“It was absolutely terrifying,” Danny Lozano said. “The place was going off, then out of nowhere, the stage just fell apart. There were bodies and lenses just everywhere. It was chaos.”

Attendees of the show expressed concern as more photographers climbed onto the stage after each song. Witnesses say Turnstile drummer Daniel Fang was completely obscured from view by the photographers within five minutes of starting.

“Everyone else was just sort of blocked by lenses and it was impossible to really see anything with all the flashes going off. The singer was really the only guy who was able to move around at all, and he was walking on top of about 16 photographers. I bet those photos look really sick,” show attendee Malcolm Crawford said.

Emergency crews responded within minutes to the scene, but struggled to make sense of what they were seeing.

Firefighter Doug Lawson spoke with The Hard Times. “I don’t get why they all thought they could be up there to begin with. The stage was only about 16 feet wide and made out of really old plywood. Frankly, I’m surprised this didn’t happen during the Modern Life is War reunion show last year,” Lawson said.

Venue owner Mickey Moreno released a statement to the media.

“The Hatchet House has been an institution in the Vancouver hardcore scene for years. Never once have we had an issue with stage safety until this group of photographers piled on top of each other. The worst part is not a single one of them paid to get in, they all said they needed to be credentialed for some dumb-ass blog. Credentialed for what exactly? This is a hardcore show.”

Sadly, as of press time, Fang has still not been recovered from the wreckage.