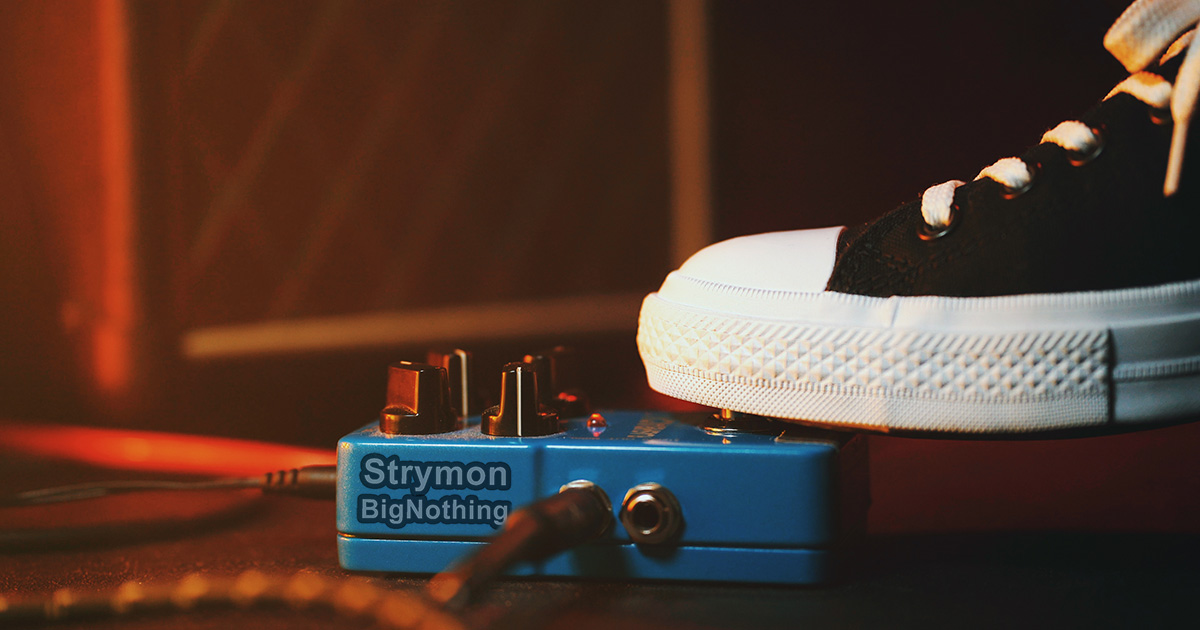 “Sure, the sound guy posted an Instagram clip making fun of you, but we were surprised at how spacious your guitar sounded when unimpeded by even a single audience member,” said Strymon’s official press release, which included a blurry screenshot of your terrible band through the front window of the empty venue you played last Wednesday afternoon. “The actual music sucks, obviously, but we still wanted to capture that feeling of utter isolation and emptiness for other, better bands.”

Although your band currently doesn’t have a single fan and there’s no reason to assume you will any time soon, you reportedly fully intend to purchase the BigNothing, just in case somebody accidentally wanders into one of your gigs.

“Obviously, right now the pedal is useless, thanks to all the natural reverb we get from every conceivable surface in the venues we play. But I read on an Ultimate Guitar forum that having bodies in the room really affects your resonance,” you said, turning in your personal loan paperwork to Sweaty Sal’s Check Cashing and Payday Loans. “One time, a rat scurried across the floor in the middle of our song ‘Slashing That Ass (I Promise),’ and squashed the hell out of my tone. Never gonna let that happen again.”

But the BigNothing isn’t without its detractors.

“I play the same shows as you guys, even if I stand off-stage because you guys always say there’s not enough room for everybody,” said your band’s self-proclaimed “lead guitarist” Spencer Holleman. “Somebody should make a pedal that sounds like the sick fuzz I get playing my Rogue Rocketeer Deluxe through an un-miked Fender Frontman 15G back in the green room where the sound guy always puts it.”

At press time, you were considering buying a Polyphonic Octave Generator Pedal‎ to give the impression of three guitarists fucking up your solo in different registers.