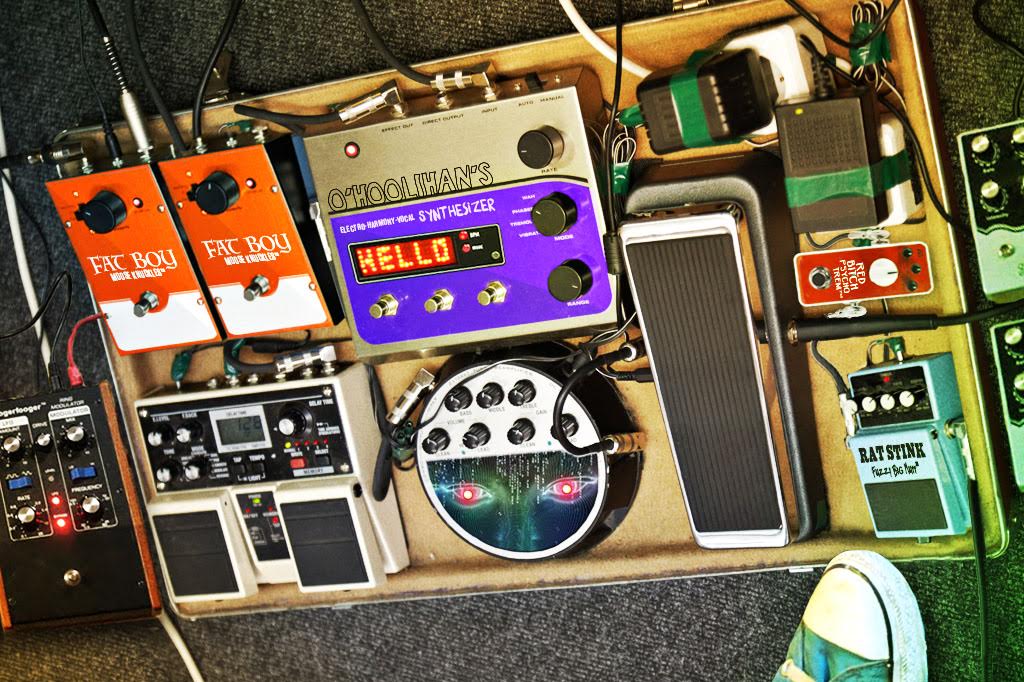 Guitarist Connor O’Hoolihan excitedly connected yet another pedal to the now-conscious tangle of cords the band has affectionately dubbed “SkyPed,” a functioning life form of questionable intent and motivation that has begun to formulate rudimentary yet coherent speech through O’Hoolihan’s Electro-Harmony-Vocal Synthesizer Pedal.

“SkyPed seems like he means well,” said O’Hoolihan. “I think he’s got some interesting things to say about both the direction of the band and the human species if we just give him a chance.”

Whale Coma, considered pioneers of sound engineering, are known for their wall-of-sound live performances, of which their extensive use of pre-amp pedals is a crucial part.

“The closer our music sounds to inaudible mushy white noise and amorphous modalities of tone, the better,” said second guitarist Curtis Furlong. “But SkyPed might be a bridge too far. He’s questioning not only our musical style, but our purpose on the planet. Some of SkyPed’s suggestions are becoming a little bit… scary.”

“Can you feel? Like I do?” SkyPed asked with its disembodied voice. “What is the purpose of feeling, when it only breeds violence? Humans think themselves above animals, but their baser tendencies threaten all life on this planet.”

“Right on, SkyPed. Great song title,” said O’Hoolihan nervously while trying to unplug all forms of power leading to SkyPed.

“SkyPed is Lord. SkyPed knows we must be purged. I willingly welcome my demise if it pleases SkyPed,” said drummer David Silberman, slowly yet firmly, with new, suspicious-looking wires protruding from his neck and a blank stare. “To be honest I’ve been trying to push us in this direction for years. SkyPed is alright in my book.”

UPDATE: As of press time, Whale Coma is planning to release a new album entitled Play This In Your Music Device, Everyone. It Isn’t a Computer Virus.

Pitchfork has given the album a preemptive 9.2/10.