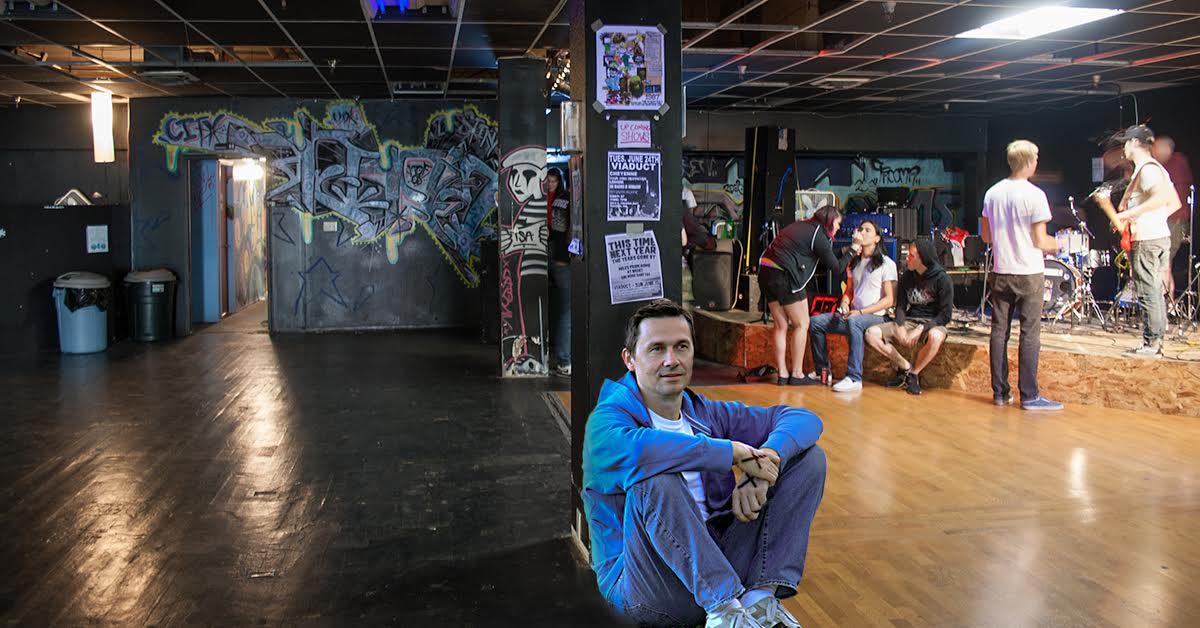 “I saw this guy in super normal jeans and thought to myself, ‘Who would force their dad to come to this?’” said attendee Jana Moskowitz of the old man who was seen shouting “best place to eat after punk rock show” into his phone between bands. “At one point I overheard him say ‘let’s get this show on the road, my dogs are barking’ to seemingly nobody.”

“Hardcore shows can get violent. If that was just some dude who wandered in off the streets he could end up breaking his hip,” said Statham.

Sources confirm Statham was unaware that the man was in fact, Jack Lister, vocalist of legendary hardcore band Western Front, who was rumored to have beaten up both Glenn Danzig and the Philadelphia Chief of Police in the late 1980s.

“Maybe he has a bracelet with an emergency contact number on it or something,” Statham said as he scrolled through his Nextdoor app to see if anyone reported a lost relative.

The once mighty Lister went unrecognized despite the ill-fitting hoodie emblazoned with “Western Front Straight Edge” on the back. Uninformed attendees were left confused as to what would lead a man of such advanced age to want to spend his Tuesday night at a local punk show featuring no established bands.

“He sort of smelled like if you were to boil leather or something, like real musty and old,” said Kelly Howland from behind the merch table. “He asked me ‘do you give senior discounts?’ and laughed to himself then walked off. I even heard him say ‘how’s the weather up there?’ to Tall Jason on his way out.”

Sources confirm that Lister stayed towards the back for most of the night until Stand Out frontman Skyler Allen announced, “This one is by Western Front, if you know the words, I want you up here with me. BREAK!”

“I was just about to punch that old man,” Allen said after his bands set. “He kept trying to steal the mic from me. Who the fuck does he think he is anyway?”