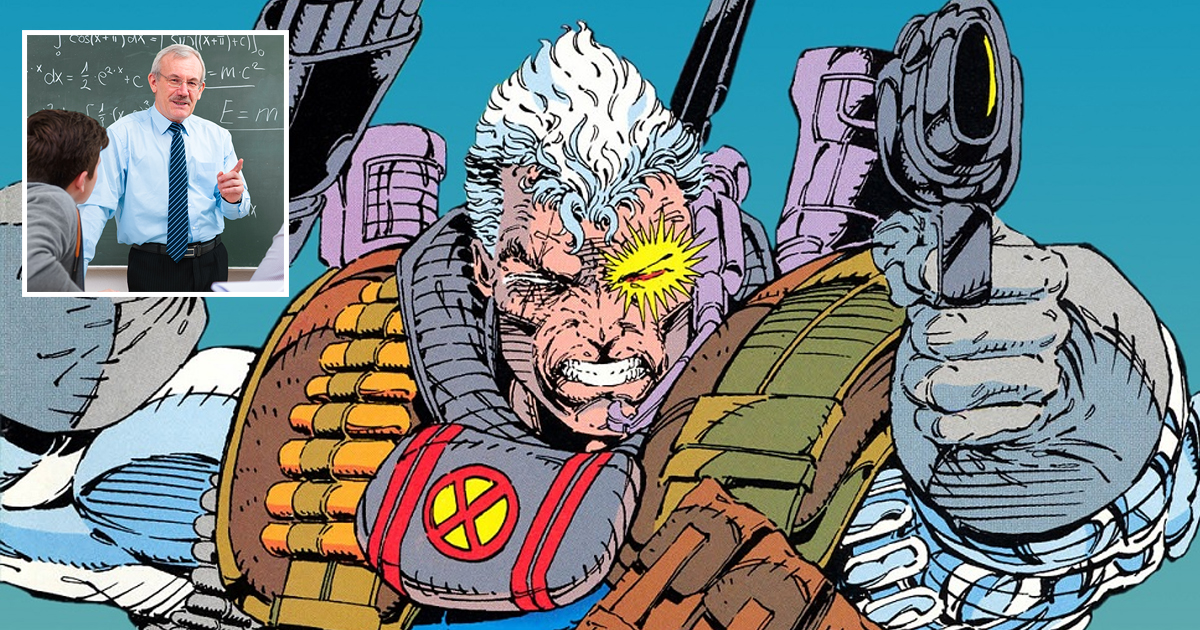 WASHINGTON — President Trump has brought comic book artist Rob Liefeld, best known as the co-creator of Deadpool and Cable, in as an outside consultant to oversee the drafting of a bill that would federally mandate all secondary school teachers be armed with military-grade weapons and equipment.

“When I saw Robby’s bitchin’ design for Cable on the cover of X-Force #7,” said the President during a press conference today, “I thought to myself, ‘Who is this man? How do I not know this man? What will it take to get this man involved with the safety of our children?’ This guy is tremendously talented, so I got him to help out on this bill. No need to thank me, but teachers across America will now be armed with the most tremendous guns, the most tremendous pouches, and the most tremendous muscles.”

“Together, Rob Liefeld and I will make America great again. And when I mean great, I am of course, referring to the ‘90s,” the President added.

White House aides revealed that arming teachers is only the first in a series of so-called “Liefeld Regulations” that the President plans to impose upon educators. It will also mandate that male teachers have at least twenty-four inch biceps and a body weight of at least 275 pounds with less than four percent body fat. Meanwhile, female teachers will have to adhere to strict guidelines of fourteen inch waists and forty-eight inch busts.

“Soon, all teachers will be required to be able to teach while armed with several hundred pounds of artillery or face termination,” said Liefield.  “Should they need thigh packs to help carry it, they will have to provide that for themselves. I will also lobby to have the feet of all educators amputated immediately.”

Liefeld will be making his second consultation trip to the White House later this week, and it has been revealed that out of respect for the artist’s one-time feud with Image co-founder Marc Silvestri, White House staffers will be removing all copies of his work from the President’s personal library.

“I don’t wanna upset the guy, alright?” said Trump. “He’s the children’s last hope, and together we’re going to arm our teachers with enough firepower to turn any active shooter into a smoldering smudge on the floor.  As far as I’m concerned, Little Silvestri is a total loser now. I don’t want to jeopardize anything by flaunting my Witchblade art book around. Which, by the way, is huge.”