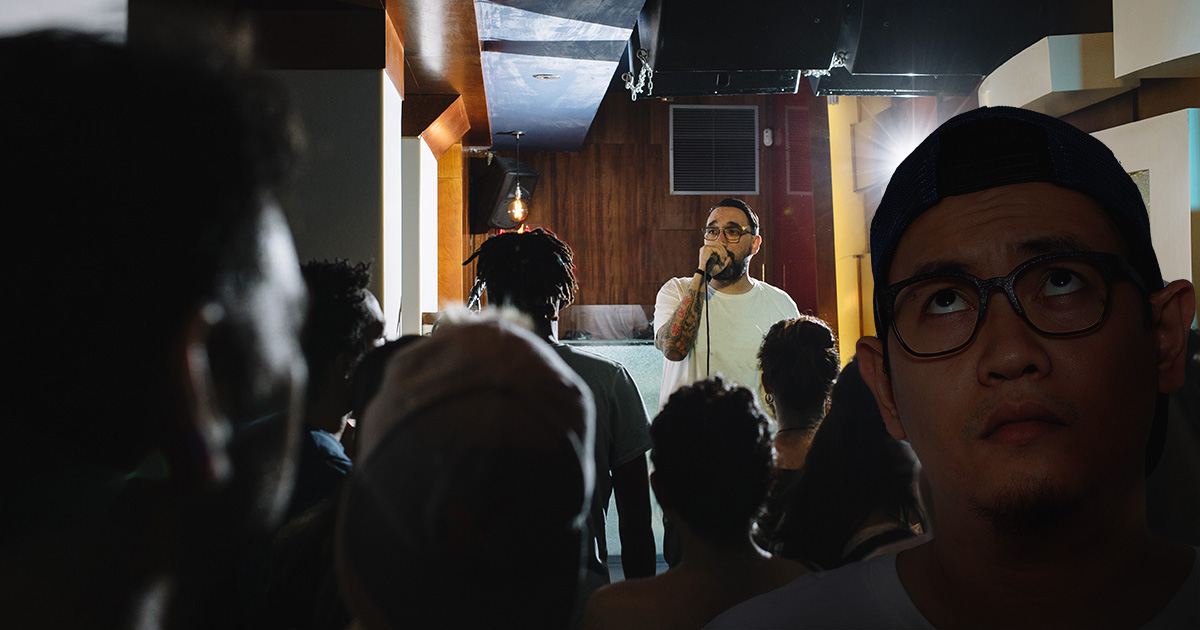 “When you go to a punk show you expect a lot of noise, but that alarm was pissing everyone off,” attendee Maggie Wentz said in a slightly dazed manner. “I was trying to enjoy Smutshock’s set and all I could hear were those loud-ass beeping sounds in the background. On top of that, the singer’s crucial between-song banter was all incoherent and slurred, then the drummer kept passing out. Needless to say, ‘the iconic’ basement show of the entire summer was a major letdown.”

Jason Ruiz, the owner of the decrepit home and show organizer, had a cavalier approach to the pesky alarms interrupting his fun.

“Yeah, those detectors are a pain in my ass,” a visibly frustrated Ruiz said. “Time and time again whenever I have shows in my basement, I get people coming up to me and telling me I need to figure out why they’re going off and then puking all over the floor. I usually just turn a fan on and take out the batteries then everyone is happy again. I mean, what the hell is ‘carbon monoxide’ anyway? I’d rather be dead than have that noise keep me from seeing Smutshock right here in my own basement!”

DIY scene veteran James “Spew” Price talks about some of the common dangers of basement shows past and present.

“In my 35-plus years in the scene, I’ve certainly come across situations some would consider ‘hazardous’ to a person’s health,” Price said while drinking straight from a Jim Beam bottle. “Garage shows with burn barrels directly in the middle so half the pit was set ablaze. Basement gigs where the radon was so prevalent, half the crowd was sterilized when they left for some reason. Stuff like that. So a little carbon monoxide is child’s play. After all, this is punk. Punk is supposed to be dangerous and ruin your life.”

At press time, several witnesses saw an ambulance driving towards the Ruiz home, where Smutshock was still performing.