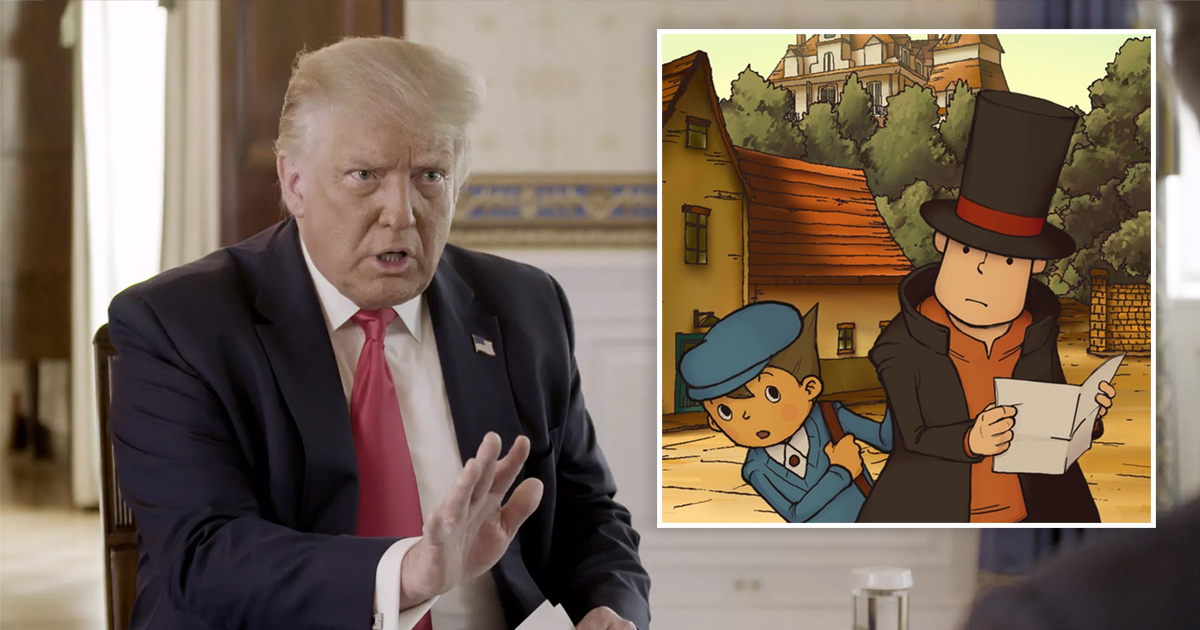 WASHINGTON — President Donald Trump recently called into Hannity to boast about the minimal help he needed beating the entire series of Professor Layton games this summer.

“I got through all of them, Sean, even the 3DS ones,” said President Trump, calling into the popular Fox News program. “These are hard games. People say some of the hardest games out there. There’s some riddles. Some stories. The riddles stop and they do a story! And then sometimes they go, ‘Oh, here’s a maze! There’s a maze now! You have to solve the maze!’ It’s all very complicated, and I only had to hand it off to Barron a couple of times. You know, there’s nine or ten of these games, so I don’t think that’s too bad, you know?”

Though he repeatedly insisted the accomplishment was impressive and unprecedented, many are underwhelmed by the president’s achievement.

“I like those games, but they’re not exactly difficult,” said Charles Lann, a video game critic. “They’re really just variations on basic riddles and puzzles. If you were looking for an honest to god challenge I can think of dozens of games that would be a better indicator of one’s true aptitude. I am not sure our President realizes what he is really telling people when he brags about needing help with a game aimed at children.”

Trump continued on the subject for nearly twenty minutes, filling two segments of the show recounting specific solutions and plot points he had encountered while following the adventures of Professor Layton, his apprentice Luke Triton, and the rest of the characters they meet during the series.

“Really great stuff from our President tonight,” said Sean Hannity, wrapping up an episode largely spent listening to the results of story problems from a decades worth of handheld games. “And we would like to thank his staffers again for helping him get through some of the trickier number problems. Stay tuned tomorrow as Mister Trump has promised to call in and describe the differences between two pictures in the latest Highlights magazine.”

As of press time, President Trump had filed an executive order banning GameFAQS after some disparaging remarks about him were discovered in a Phoenix Wright walkthrough.