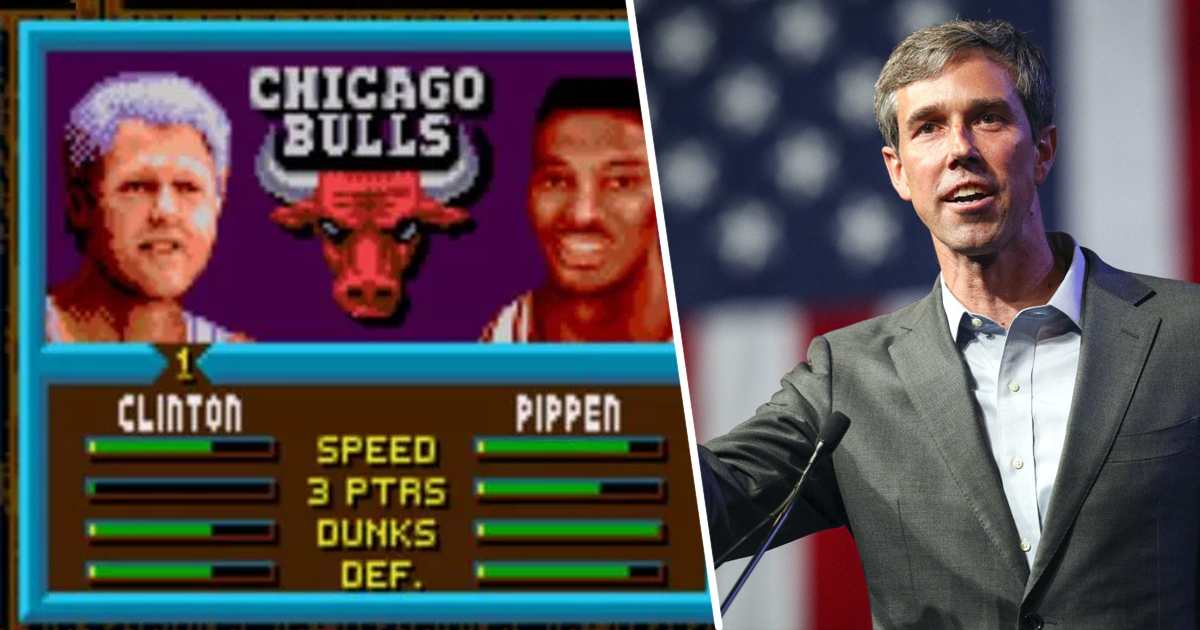 DALLAS — As the Senate race in Texas reaches a fever pitch, sources are reporting that Democratic candidate Beto O’Rourke has unveiled a crucial addition to his political team, as former NBA Jam legend Bill Clinton has joined him on the campaign trail.

“Oh wow,” said Sean Alexander, an undecided voter that attended a recent campaign stop in Dallas, where Clinton made his debut in the political arena. “I grew up playing as Bill Clinton with the Chicago Bulls on Sega! That’s so dope that they got him. I guess I know who I’m gonna vote for now. Boomshakalaka!”

Clinton, who’s legendary back court skills were emblazoned in history by the iconic 1993 basketball game NBA Jam, spoke at the event. He reportedly demonstrated an impressive grasp of political ideas and vernacular for a player decades removed from athletic retirement. O’Rourke confirmed that this appearance would not be an isolated incident.

“Bill’s jumped in with us, and I can’t believe it,” he said. “To be honest, I think he might’ve missed this stuff. The bus, the traveling, the camaraderie of being a professional NBA player. I go way back with NBA Jam, so I really can’t overstate how meaningful Bill’s support is. We’re dying to hear back about his brother George’s possible endorsement as well.”

“He’s so humble, too,” he added. “It’s like he doesn’t even want to talk about basketball whenever I bring it up.”

Clinton held the audience captive for over 15 minutes, making many references to the kind of teamwork and unity needed to guide the Democrats to a victory in the election, without a single direct reference to his NBA experience, playing alongside legends such as Charles Barkley, Reggie Miller, and Hugo, the Charlotte Hornets’ mascot/power forward.