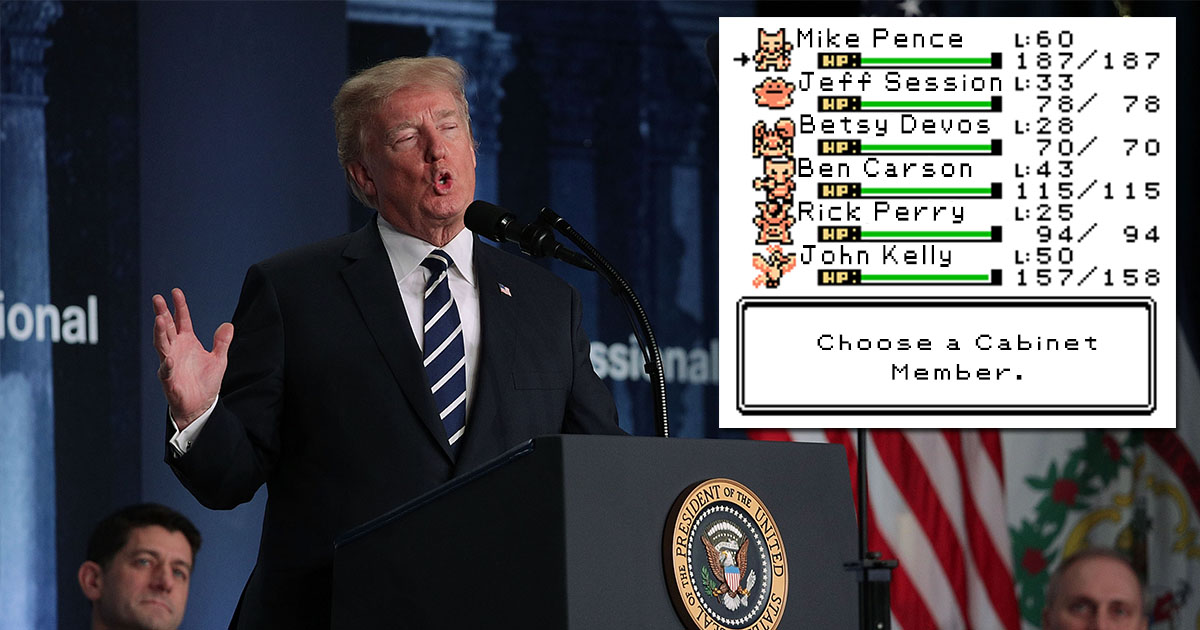 WASHINGTON — President Donald Trump revealed via a series of tweets this morning that his presidency has been following the rules of the Pokémon Nuzlocke Challenge since his inauguration.

The Nuzlocke Challenge began as a set of optional rules that Pokémon players would adhere to in order to make the experience more arbitrarily challenging. Stipulations include releasing Pokémon once they’ve fainted, only catching the first Pokémon encountered in each area, and nicknaming all caught Pokémon to increase attachment to them.

President Trump has confirmed that he adapted these rules to the executive office.

Political analysts agree that, while this revelation is surprising, it may explain many of President Trump’s actions.

“It’s clear now that the President fires so many people because, according to the Nuzlocke rules, he can’t let them revive their careers after they’ve made a mistake,” said 538 writer Nate Silver.  “Also, his appointments make a lot more sense when you realize he has to go with the first person he thinks of. Why else would he make Ben Carson head of Housing and Urban Development, or nominate his personal pilot to lead the Federal Aviation Administration?”

Additionally, while President Trump is known for giving nicknames to his rivals, leaks from the White House are indicating that he has also nicknamed all of his cabinet members. While a full list of nicknames has not yet been released, sources have confirmed that President Trump has nicknamed Vice President Mike Pence “Lil Pumpy,” Secretary of Education Betsy DeVos “Turkeyneck,” and Attorney General Jeff Sessions “Bidoof.”

Presidential historians have confirmed that President Trump is the first president to govern based on the rules of a self-imposed gaming challenge since Jimmy Carter, who attempted a pacifist run of the presidency with mixed results.