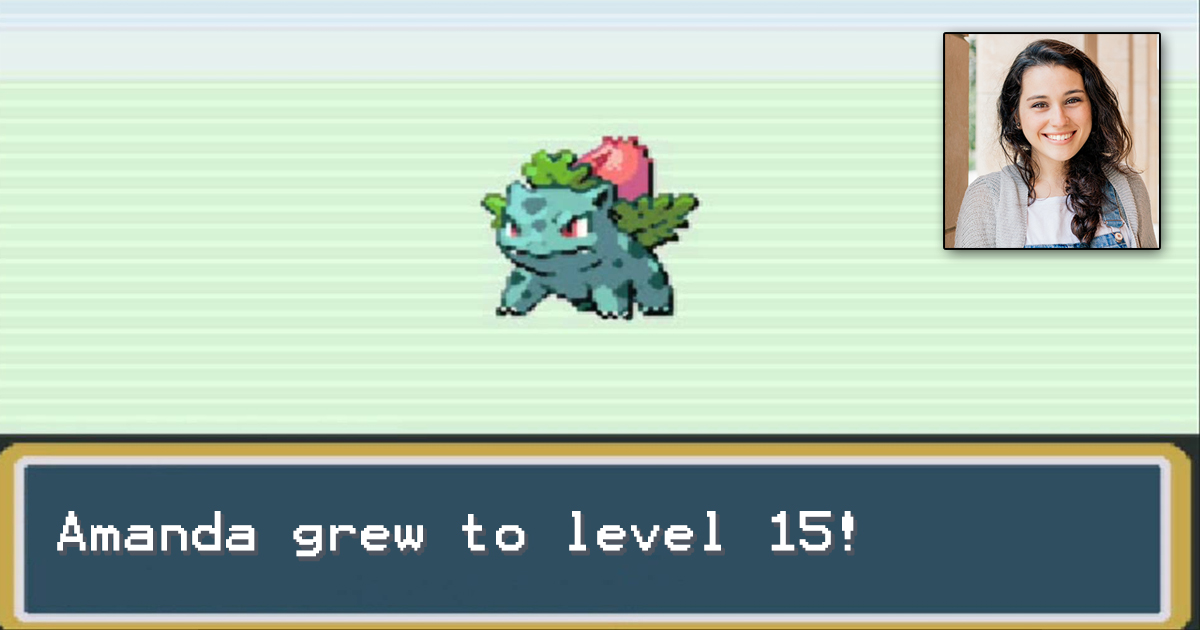 YOUNGSTOWN, Ohio — Despite meeting Benjamin Clarke at a party and talking to him for five minutes six years ago, Amanda Burke lives a life ignorant of the fact that Clarke named his Bulbasaur after her immediately after, according to close sources.

Burke, 26, a dental hygienist, only talked to Clarke once at a highschool party many years ago. This, however, did not stop the owner of the Pokémon Blue emulator from nicknaming his level 14 Bulbasaur “Amanda” immediately after the conversation.

“It was love at first sight,” said Clarke according to those close to him. “Like all of my loves, instead of telling them how I feel, I just name Pokémon after them and hope that feeds the void in my heart.”

Burke is not the only target of Clarke’s misguided affections. The Bulbasaur rounds out a full roster of victims of Clarke’s unrequited love, including a Pikachu named “Lexi,” a Lapras named “Mrs.Hennigan,” and a Electrode named “BALLZ.”

In the interest of Burke’s mental health and safety, mutual friends decided to not tell her of the nature of her involvement with the case.

“We just could not bring ourselves to break the news to her,” Michael Stoltz, an acquaintance of both subjects, stated in a somber tone to interviewers. “This is the type of thing that is best kept under wraps.”

“At least we got him to delete his Sims game where he married a Sim named Amanda and also named all their kids Amanda. That was weird.” he added.

Despite Clarke’s obsession, Burke was unaware of him at all.

“I’m not really sure who that is,” Burke responded when asked about Clarke. “Did he go to my high school? Was he that guy that would sit in the corner of homeroom reading comic books? I think I asked him if he had Mrs. Hennigan for math and he just said ‘and also in my dreams’ which felt strange.”

At press time, Clarke reportedly bought the Elder Scrolls Online, created a female character named “AmandaFromHighSchool” and spent hours watching her run around with no armor or clothes in the third person.