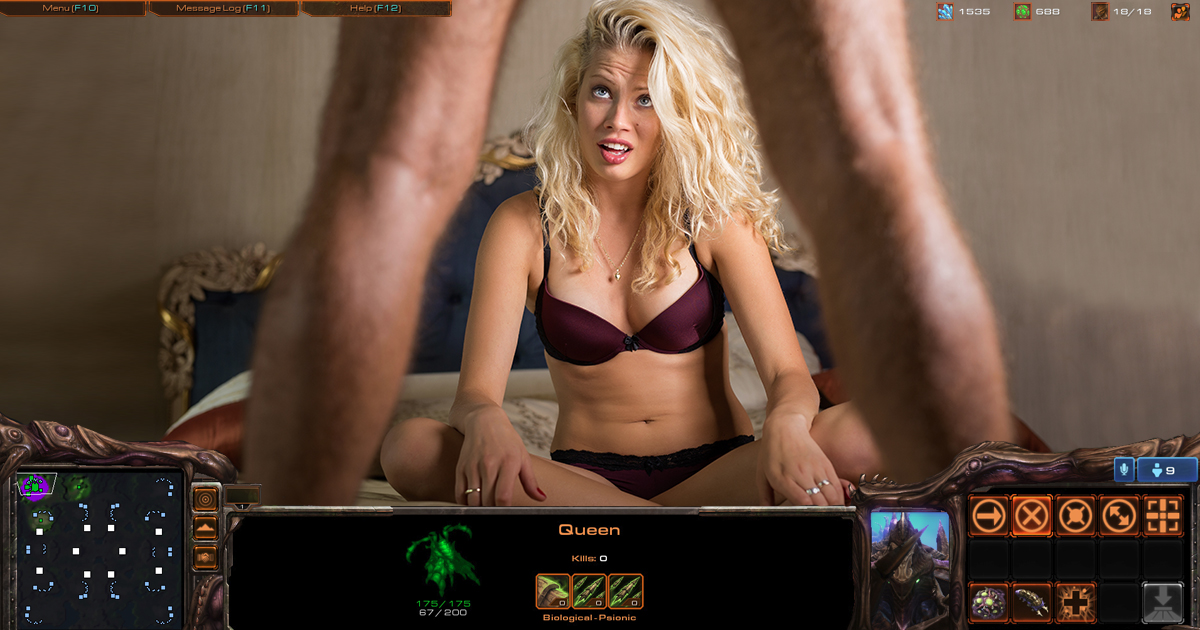 BEDROOM — Local girlfriend Claire Middleton reportedly announced a strict “NR 30 Min” rule at the beginning of an intimate bedroom match with boyfriend and notorious 6 pool rusher Matt Stone, according to a transcript of their chat.

“This isn’t MLG, you need to slow down and take your time,” Middleton said, according to frustrated but understanding sources close to the situation. “No rush 30 minutes is pretty much the minimum amount of time it takes me to get ready for the final showdown.”

The rule, reluctantly agreed to by Stone, is reportedly the result of several extremely quick, lopsided finishes in the past.

“She would love it if we just explored all over the map for hours,” said Stone, who reportedly responded to his girlfriend’s bedroom request with a simple GL;HF ;). “It’s a total waste of time. I know how to get the job done.”

But despite Stone’s complaints, it seems the balance of power is out of his hands and his opponent knows it.

“If he wants to play, these are the rules,” Middleton confirmed at press time. “And for the last time, we are not filming it and having HuskyStarcraft call the action.”