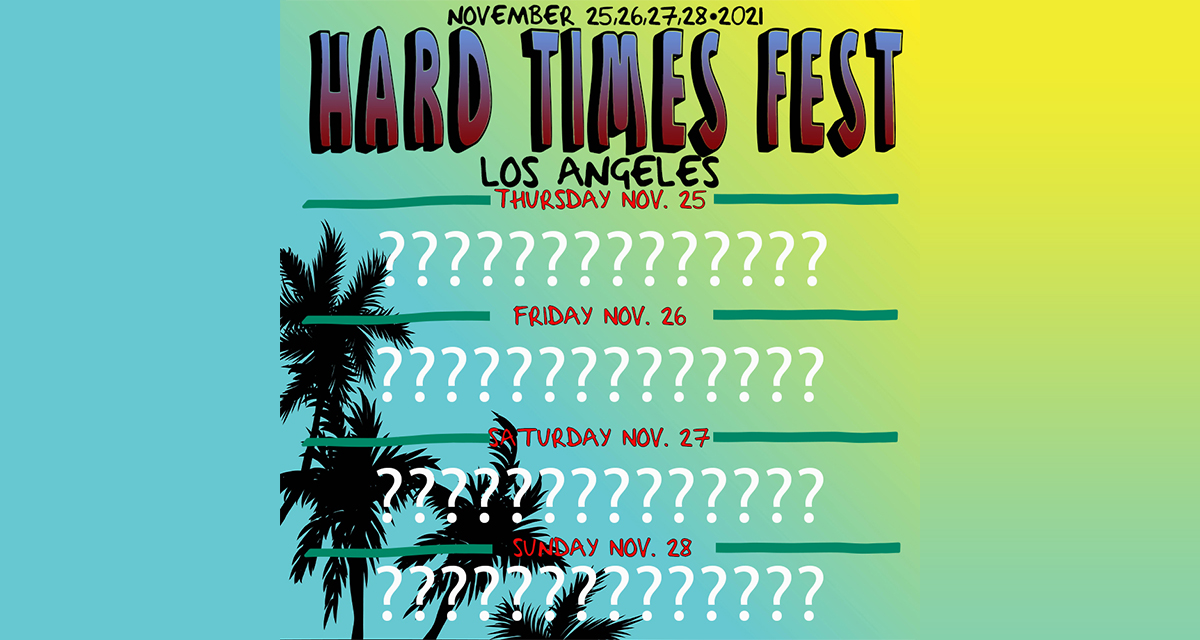 Today was going to be the big day where we finally unveil the lineup we’ve been working so hard to give you. Unfortunately, four of our headliners had to pull out at the last minute. We aren’t legally allowed to discuss any of the circumstances, but our lawyers probably won’t read this update so we will do our best to tell you what happened without giving any names.

Our mainstage Saturday headliner, a popular indie singer from Los Angeles had to pull out because a certain three-lettered branch of American law enforcement (that was once run by J. Edgar Hoover) charged the singer with something that rhymes with “tomestic derrorism.” Apparently, she filled up an RV with a bunch of fertilizer and was going to park it outside of a government building, but we think the charges are all bullshit. We know she’s big into community gardening and we believe this fertilizer and the weapons cache she was caught with were to benefit underserved communities.

Also, our secondary stage headliner had to pull out, and man did this piss us off. Our fest manager Dougie nearly shit a brick when these guys called and said they couldn’t play. This band is a Canadian punk favorite and hasn’t played together in over 25 years, but we had them ready to go. But it turns out Dougie had only been talking to these guys online, and it was a catfishing situation. It was never the band we thought it was, and whoever was on the other end got away with a lot of our investment money, then sent us a fax that said “fuck off losers.” It was harsh.

The Thursday headliner was a black metal favorite, and yes, you guessed it, this was a murder/suicide situation. They won’t be playing our fest, or any other fests any time soon. We at least hope that someone gets some cool cover art from the crime scene.

Finally, our Friday headliner. A very popular pop-punk band from Long Island who were going to set the fest on fire. We weren’t aware that every member of the band had been charged with assault, and since the fest is set to take place within a mile of a high school they aren’t technically allowed to play, that’s according to the court agreement they made to stay out of jail. Frankly, we are glad they aren’t playing. We promise none of the other bands have done anything fucked up.

Sorry for the delay. All the other bands will be announced soon.