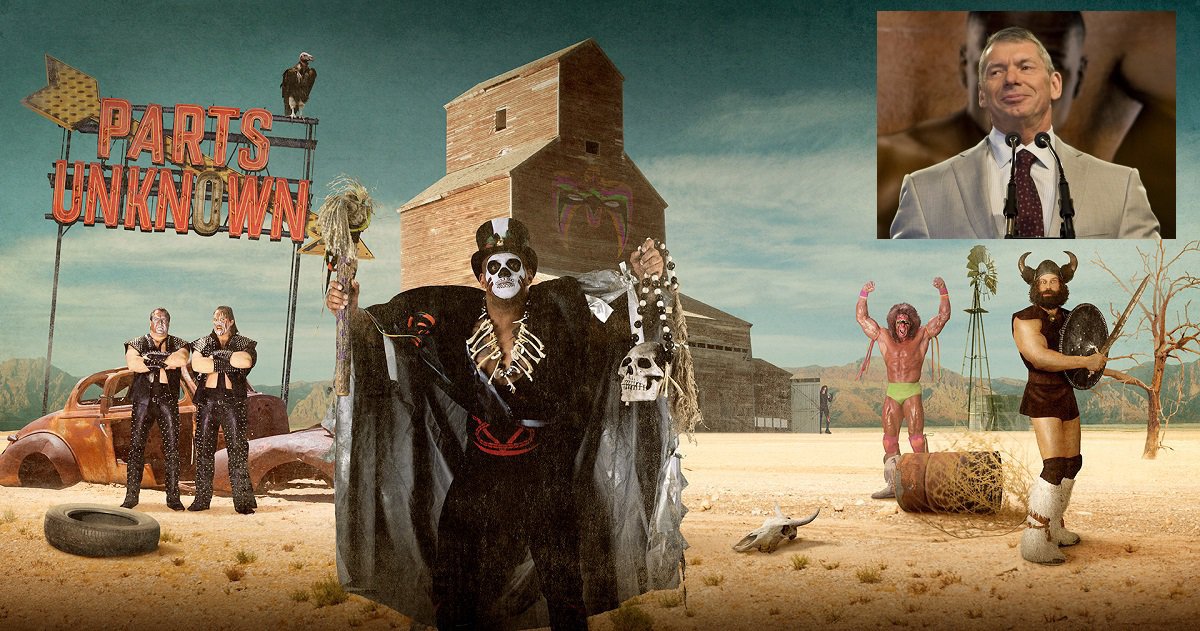 The IRS has uncovered documents that may point to WWE CEO Vince McMahon avoiding US tax payments via off-shore secret bank accounts in the far away land of Parts Unknown.

The documents discovered by the IRS have linked McMahon to accounts issued to Top Rope INC, a company which seems to only exist as a PO Box on the green-smoked islands of Parts Unknown. Millions of dollars have been found to flow in and out of the company’s ledger every month.

“I’ve been a frequent visitor to Parts Unknown for many years.” said Mr. McMahon “Before Tampa became the home of our state of the art Performance Center, the WWE looked to the voodoo swamps of Parts Unknown for its next big stars. Of course, I’ve made friends there. But avoiding taxes there? “ Absolutely not. I mean, my wife is working for the damn government! It’s ludicrous.”

According to McMahon, he has a deep, personal connection with the mysterious land.

“Some of the greatest WWE Superstars of all time have come from this far off land: Doink the Clown, Papa Shango, and the most well-known, of course, The Ultimate Warrior. I owe a huge debt of gratitude to Parts Unknown, I would never risk soiling its good name with the crimes I am accused of. It’s a special place.”

Michelle Nunez, an employee of the IRS Task Force, had an odd, even supernatural experience while searching for evidence in the case against McMahon.

The IRS is hoping to process the case before McMahon’s wife begins her work in the Trump administration.

“I’ve tried to push the case to court as fast as possible,” said Mrs. Nunez. “But Mr. McMahon keeps insisting we ‘settle it like men in the squared circle.’ I have no idea what that means, but I’m quite certain there is no legal precedent for such a settlement in a case like this.”