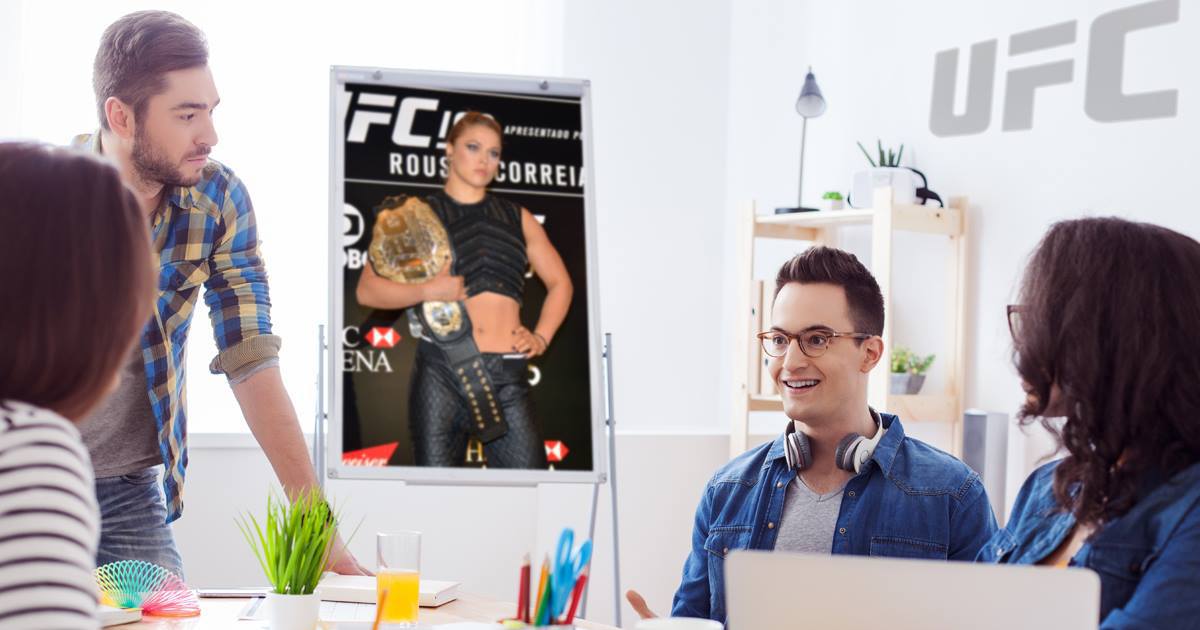 The UFC writing room has become deadlocked with indecision as the team is unsure exactly where to take Ronda Rousey’s character next, according to sources close to UFC Creative.

“Dana White’s been calling in the writers for daily meetings, which is unheard of,” said anonymous informant Deep Throat Punch. “They’re pulling their hair out trying to dig themselves out of this go-nowhere Ronda plotline.”

Breaking the time-honored conventions of UFC kayfabe, some of the extreme fighting writers have gone public to air their grievances.

“It was supposed to be a classic face-heel-face triple turn,” said UFC writer Carl Maccabee. “We built Ronda up to be the most popular female fighter in the sport, making her go over big as a face. And then we started writing her some egotistical promos, had her do a few Vin Diesel movies, gave her a fixation with Ellen DeGeneres – classic heel shit.”

According to fellow writer Samantha Robespierre, this is where Creative’s new direction started going wrong. “Ronda was pulling major heat as a heel – way, way more than she ever did as a face,” Robespierre explained. “After we had her lose to Holly Holm in UFC 193, we were originally going to have that be a humbling moment. Classic ‘come to Jesus’ moment, getting your ass handed to you by a jobber, y’know? But fans were loving heel Ronda so much, Dana and the higher-ups wanted to keep that magic going.”

Ronda’s second lightning-fast loss, this time to a merciless Brazilian heel, has created a serious storytelling crisis for the creative team. “The smart play is to have the Nunes loss be her face turn, where she crawls back out of the loser mud a stronger, humbler Ronda fighting as America’s champion,” Maccabee said wearily. “But people want her to keep making Vin Diesel movies, so here we are.”

An angry Dana White denied there was any problem in the creative department, even going so far as to deny the existence of the writing team itself. “Everybody knows that UFC fighting is 100% unscripted, bone-crunching action,” White read off a cue card at a staged press conference. “There is no ‘Ronda Problem.’ Everything is going according to plan – by which I mean there is no plan.”

Shadowy informant Deep Throat Punch claimed that Ronda was only the beginning of the writing team’s woes. “I’ve seen the script for the next two CM Punk matches. Let’s just say that an outhouse won’t get as much as shit the writers will for that trainwreck.”