UFC Handing out Interim Titles at the Door 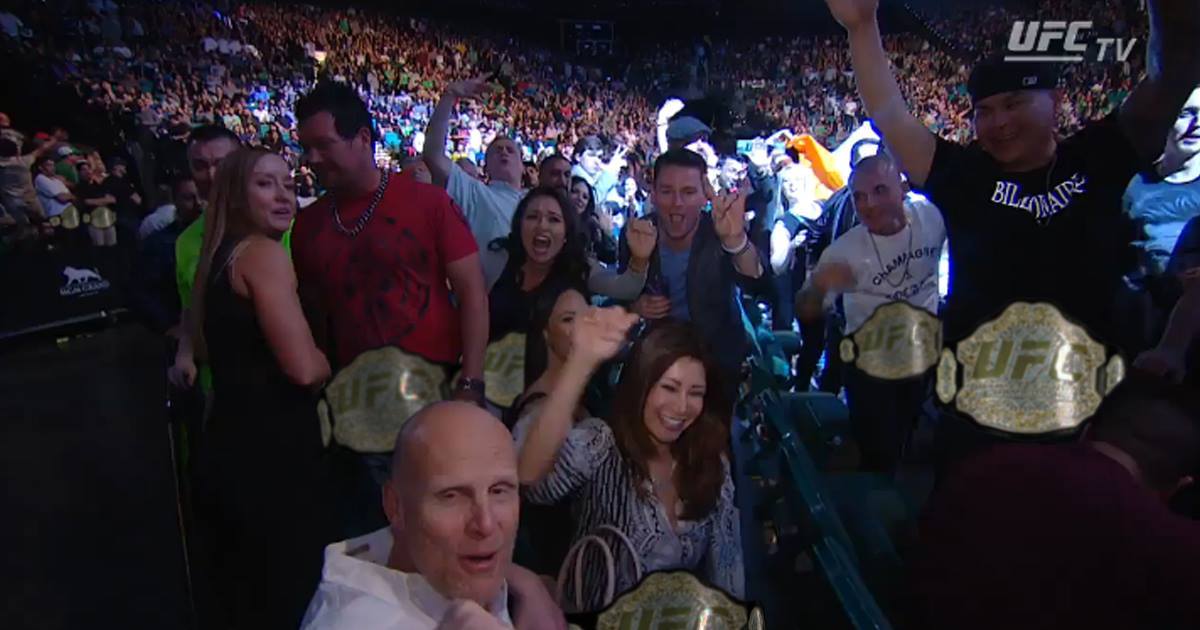 In an unprecedented move, the UFC has started handing out official interim titles to all ticket holders at Fight Night and Pay-Per-View events.

The belts were initially handed out to crowd members at UFC on Fox 22, and UFC president Dana White believes the move will keep the organization fresh and produce a healthy stable of championship contenders.

“What better way to motivate the roster and the crowd than to crown thousands of new interim champions during every event,” said a confident White. “By having ushers and ticket takers handing these titles out at the door, we will be able to market to more people, and it will open up a new world of competition.”

Many fans have stressed their displeasure with interim titles being so loosely awarded, but White seemed unfazed.

“Listen, I don’t care what they think,” said White. “There’s a good reason why I am where I am, and it’s not because I’ve listened to some idiot on the internet telling me how to do my job. Hey pal, how about you start your own billion dollar business and then you can decide who gets an interim title.”

Some fans applauded the UFC’s decision to crown more champions, even in weight classes that do not exist.

“This belt is the real thing,” said an elated Kevin Fleischman, who attended UFC 207. “It says right here that apparently I’m now the section G, row 8, seat 16 interim champion in the ‘human weight’ division. I honestly don’t what that means. Am I going to have to defend this thing? Do I need to worry about my safety? I have a wife at home, and I’ve already got enough enemies. It’s still pretty cool to be the champ, though.”

Regardless of the criticism, Dana White remains unwilling to back down from his decision.

“If you don’t want to be a UFC champion then don’t come to an event, it is as simple as that,” said White. “I have four or five belts of my own; just in case we lose a headliner, I can get in there and defend one.”