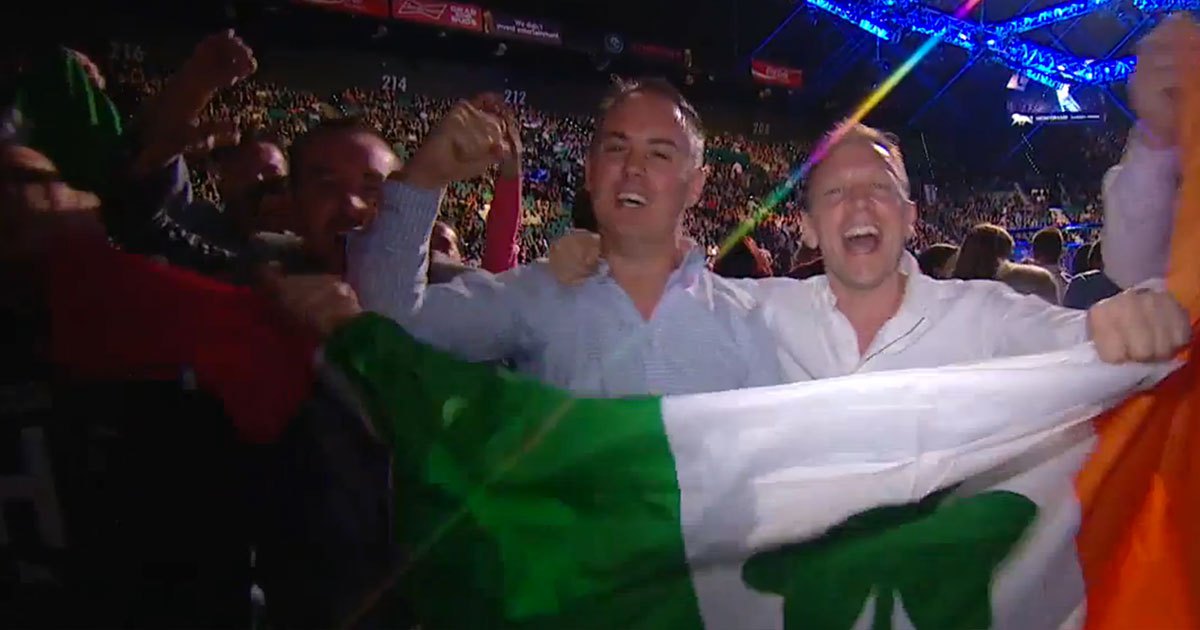 Local tax preparation specialist Jeff Underwood is reportedly hoping a UFC camera operator comes his way so he can show off some new shadow boxing techniques he has practiced in front of his bathroom mirror.

“I specifically bought seats right on the edge of section G because I know a camera man will eventually walk by here and I can show him the ol’ one-two, and maybe mix in a body shot while I am at it,” said Underwood as he clumsily mimed punching the air.

Underwood has been preparing for his television shadow boxing debut each night for the past two weeks in 30-second intervals after he exits the shower.

“If my wife saw me practicing she would just laugh at me; she doesn’t understand my athletic drive,” said Underwood as he stretched his neck to see if any camera operators were nearby. “I wipe the fog off the mirror. and I let the thunder and lightning fly. Dana White, I hope you are watching — the champ is here.”

This is not the first time Underwood has attended a UFC event in order to throw lazy, ineffective punches towards a camera.

“Last year I was here when Lawler fought Condit, and I stupidly sat in the middle of my section, but that might have been a blessing in disguise because I definitely was not ready for the big stage a year ago,” said Underwood with his body leaning over the guardrail. “I didn’t prepare at all, but now I am confident that all those nights spent in my bathroom will pay off.”

Back at his Las Vegas home Underwood’s wife Samantha was not surprised by her husband’s aspirations.

“Honestly I didn’t know why he was taking so long after his showers, but he would always come out winded and sweaty, said Mrs. Underwood. “This is actually kind of a relief, to be perfectly honest. He will make a damn fool of himself, but I don’t know anyone that watches the UFC so he can do whatever he wants.”

As of press time, Underwood could not be reached due to becoming involved in an altercation with a man in a giant novelty Chuck Liddell costume.