Terry Funk Reconciles With Horse That Kicked Him in WCW 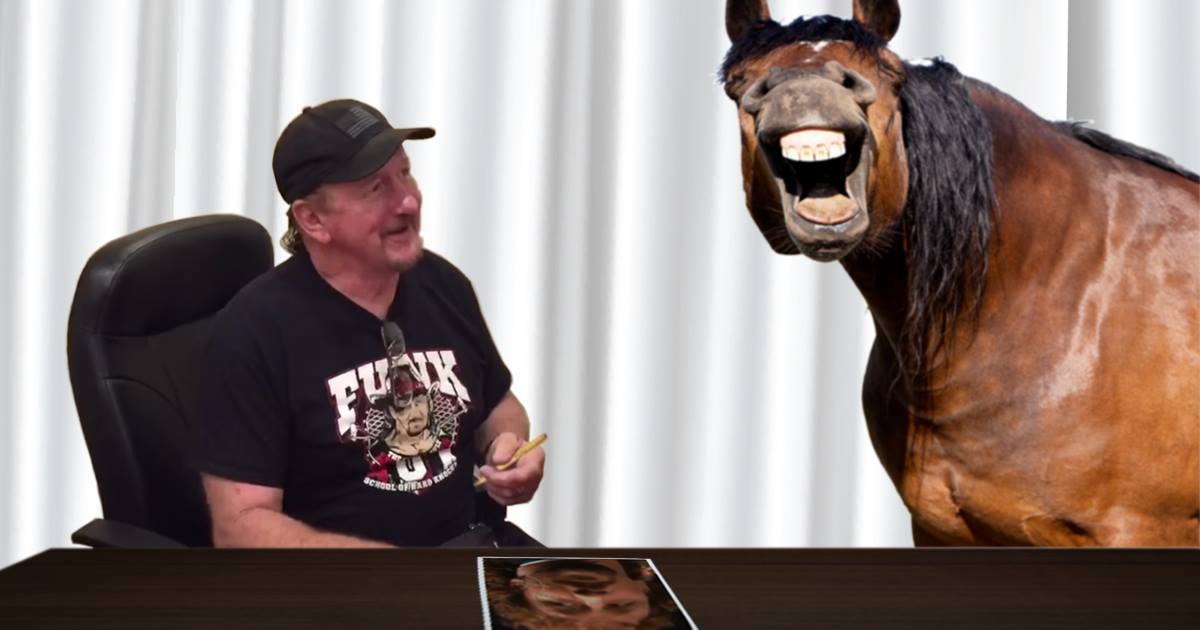 The animosity between the two stemmed from the May 31, 2000 episode of WCW Thunder where Chris Candido challenged Terry Funk for his WCW Hardcore Championship. The intense match saw the two competitors brawl outside the arena and eventually spilled into a local horse stable. There, superfan and local horse Johnston III let his emotions get the best of him and interfered in the match by kicking Funk in the arm.

“I was just caught up in the excitement of the match. WCW security wouldn’t let me into the arena because I’m a horse. So, imagine my surprise when Chris Candido and Terry Funk are beating the hell out of each other right in my stable!,” said Johnston III after he and Funk shook hands. “I know it was the wrong thing to do, but I’ve been a huge Chris Candido fan since his ECW days. When Terry hit that piledriver on him, I just didn’t feel like I could stand by and do nothing.”

The feud between Funk and Johnston III has been cooling over the years, as both have found themselves meeting more and more frequently on their signing tours.

“I’ll admit, if he had approached me ten years ago, I’d have probably finished what he started in 2000,” Funk said as he was leaving the convention center. “But after talking to him at these events recently, I’ve gotten to know Johnston, and he’s not a bad horse. He has explained to me that he’s sorry about that kick. I can forgive and forget. He even asked me to use my branding iron on him today as a sign of his respect.”

With Johnson III’s increasing popularity at signing events, he hopes there’s enough interest in his career for him to publish a memoir.

“I’m proud of my time in the wrestling business – Terry isn’t the only wrestler I kicked back in WCW. I would love to tell my whole story in the form of a book,” said Johnston III, “And hey – now that we killed the heat, maybe Terry would be willing to write the foreword. I would be open to something like that. Better him than that piece of shit Chuck Palumbo – oh, what I’d give to have one more shot at him.”