Skateboarder’s Ex-Girlfriend Stuck With All This Skating Knowledge 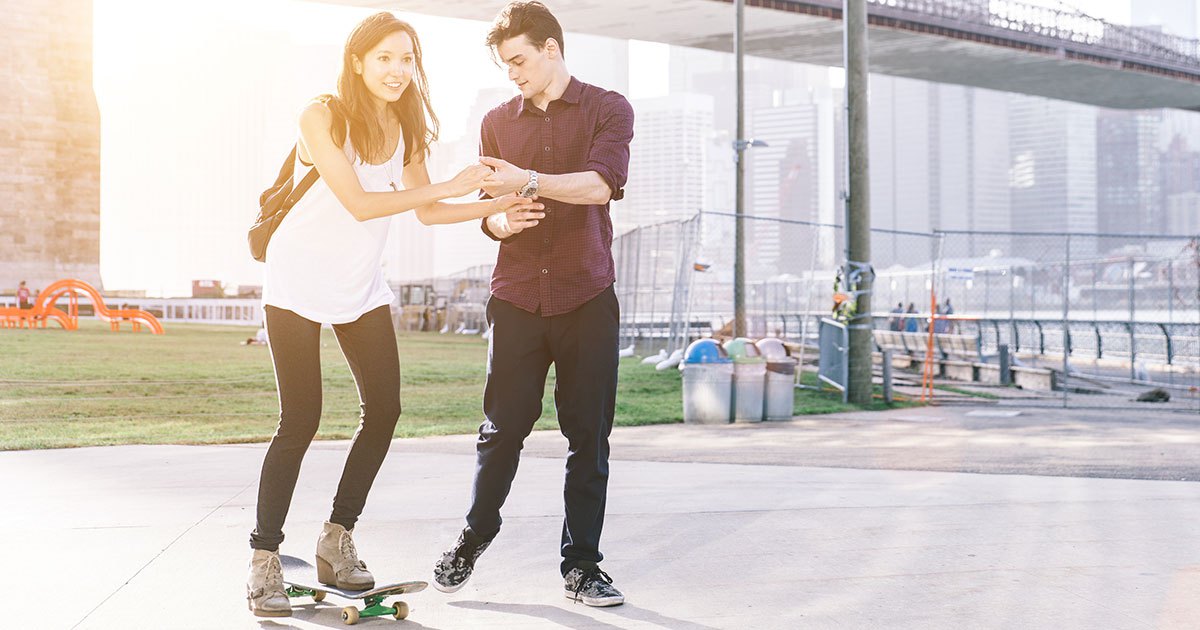 After being in a relationship with amateur skateboarder Jake Mackey for over three years, Emma Egan now finds herself stuck with all this skating knowledge and no idea what to do with it.

“Why should the difference between regular and goofy get to take up space in my brain if I’m not even dating a skater anymore?” said Egan, the 23-year old account executive at a local startup. “I wish I could just forget the fact Shane O’Neill won the Street League World Championship last year; I wish I could forget about Street League in general.”

From various experiences with Mackey, Egan’s mind absorbed the names of numerous skate tricks, brands, slang and more. Since their breakup four months ago, all the knowledge has been weighing down on her.

“Every now and then I do get to slip a ‘dank’ or ‘stoked’ into conversation,” Egan said. “It’s pretty thrilling, but overall not worth it.”

Mackey, a long time subscriber to Thrasher magazine, would often leave past issues at Egan’s apartment which she would glance through occasionally.

“I remember this one piece in Thrasher about how to figure out if you need new trucks,” Egan said. “I found it really boring, but now there’s this repressed part of me that’s itching to talk about it, like I just want to yell at someone ‘if they aren’t broken, you don’t need new trucks.’”

Mackey was shocked to hear that his estranged ex still remembers so much about skateboarding.

“Emma was kinda unsupportive about my skating,” said Mackey. “She wasn’t impressed by my spreadsheet comparing 8.18 decks with 8.25 decks. And she said watching Dennis Busenitz skate was boring — that was one of the leading factors in our breakup.”

While there is one obvious way Egan could apply her skating knowledge, she is pretty adamant about not wanting to try it.

“Oh, I would never start skateboarding myself,” she said. “There’s only one skatepark in our town. It is totally overrun by lame-ass scooter kids, and posers that jock P-Rod. Besides, what if I run into Jake there?”