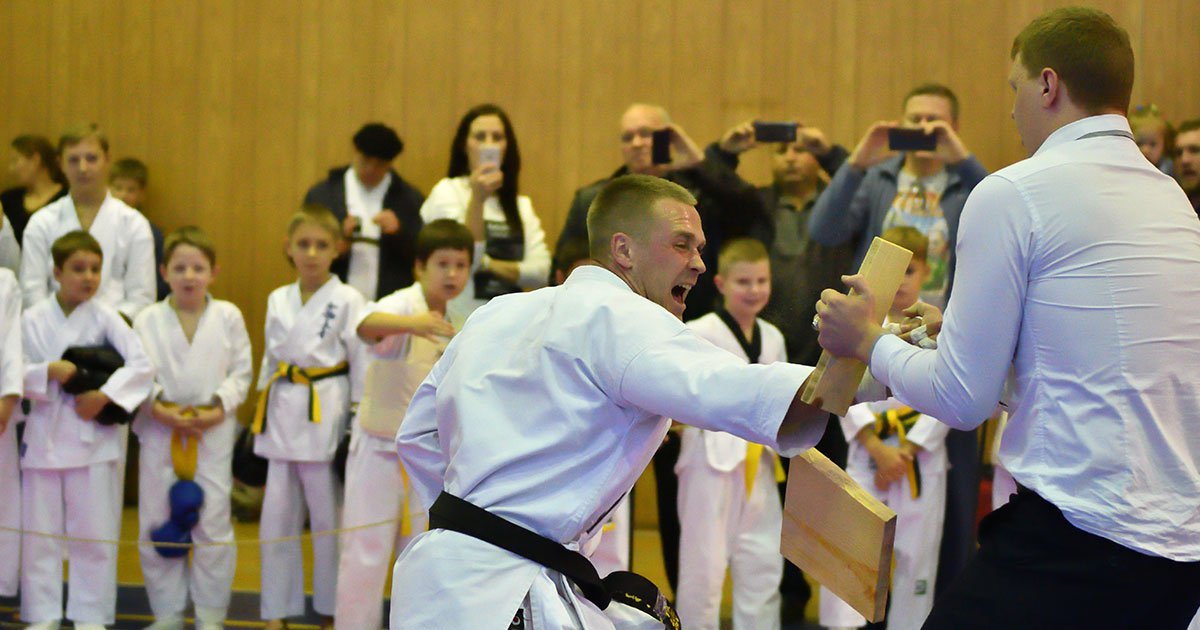 Students of the Dragon’s Breath School of Martial Arts all groaned in frustration upon hearing that their teacher, Sensei Rob “Tiger” Thomas, would again be using the last 20 minutes of class to make everyone watch him break boards.

“We were hoping we could work on some holds, or even some balancing exercises,” said Ellie Carver, an 11-year-old green belt studying at the dojo, “but I guess he is punching more boards — always with the boards.”

The destruction of various forms of construction material has started to have a negative effect on the morale of students.

“This happens all the time,” added white belt Trent Perkins. “Right after he finishes breaking the cinder blocks, he turns to us and bows for some reason. Then he makes us clean everything up while he meditates. My mom makes me sweep enough up at home already.”

According to sources, Sensei Thomas, 44, carries out this act about twice a week — seemingly unaware of the agony it causes the students. When approached for a comment, however, he defended his school’s philosophy:

“Look, I can’t do a good job teaching these kids unless I get my reps in,” said Sensei Thomas while practicing his nunchaku. “Besides, they are probably learning so much more by watching me, anyways.”

Due to this, in addition to many other unconventional teaching methods, the students are increasingly more doubtful of the benefits and safety of the school’s training. The students’ parents share similar concerns.

“I pay $200 a week for my daughter to attend this class, and most of the time the sensei is just making the students watch him do ‘sick’ spin kicks,” said neighborhood parent Patrick Snyder. “We’re definitely going to pull Jade from this school. Last week, the Sensei made two kids hold a board so he could slice it with a katana. How is that safe?”

The Sensei, however, seemed indifferent to the criticism.

“Look, there’s a reason I’m the Sensei. I know Karate. If they want to leave — fine. This is a way of weeding out the weak. And Karate is not for the weak,” said Sensei Thomas. “But who else in this town teaches the fight choreography from Enter the Dragon? No one. Exactly.”

Sources confirm that the dojo was closed early on Thursday, and all the students were sent home due to an accidental injury Sensei Thomas gave to a student while performing “surprise takedowns.”