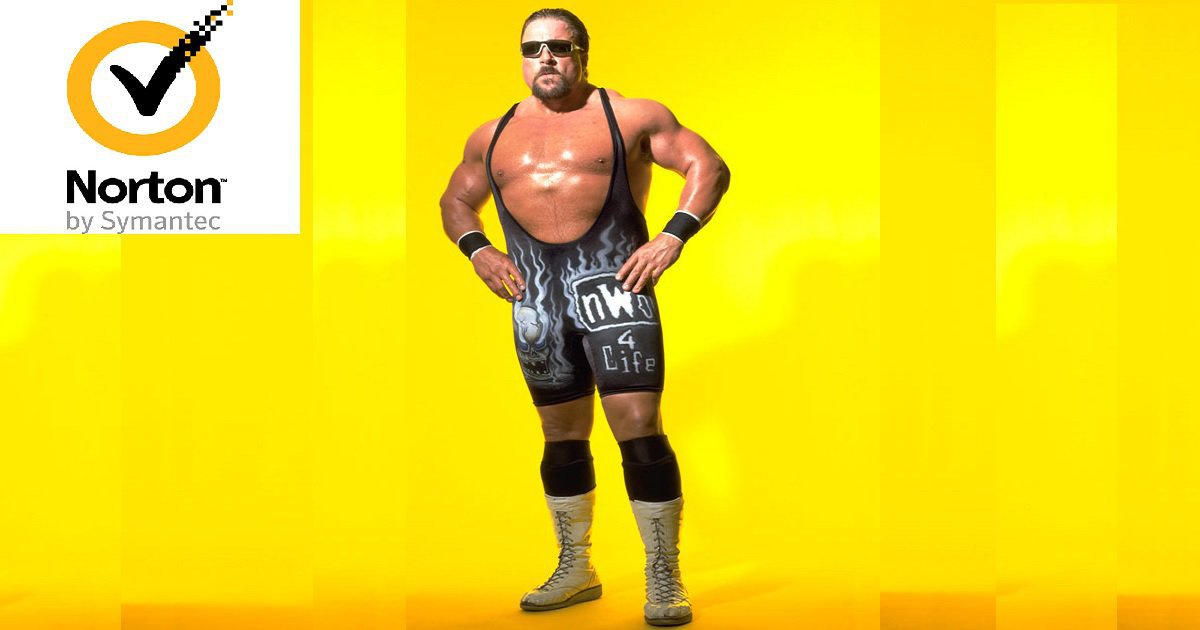 Semi-retired professional wrestler Scott Norton has started a new business venture in which he powerslams personal computers to remove harmful viruses and malware. Response to the Scott Norton Internet Security System has been mostly negative.

One of Norton Internet Security’s first customers, Ron Mingus claims Norton destroyed his computer and his home office after hiring the former NWO brute to clean viruses off of his PC.

“I am familiar with the Norton brand of Internet and computer security software, so I was caught a little  off guard when a search for ‘Norton Internet Security’ landed me on a website with a very angry and oily man staring back at me,” Mingus said. “It was intimidating.”

Mingus was initially confused by the website’s call to “Powerslam viruses from your computer NOW!!!,” but says he sent a service inquiry email anyway.

“Within minutes, the guy from the website is standing at my front door. He was wearing this really low-cut muscle tank top, Zubaz sweatpants and sunglasses. And he was soaking wet, like he’d just gotten out of a rainstorm wet.” said Mingus, noting that he was not familiar with the former IWGP heavyweight champion.

Norton pushed his way through the doorway and proceeded to inspect the computer in Mingus’ home office.

“I wanted to know what his credentials were, and he just said he had done a lot of stuff in Japan. He asked me if I’d been browsing any trashy websites, and if I had been a fan of Fire and Ice,” said Mingus. “I told him I didn’t watch wrestling, and all of a sudden he was in my face, screaming that Scott ‘Flash Drive’ Norton had a special solution just for me.’”

The 300 lbs. Norton then smashed the computer with his signature powerslam.

“‘He screamed ‘No more viruses!’  as he broke everything in my office. Then he just walked out of my house. I wasn’t about to try to intervene,” said Mingus.

When Mingus tried to reach Norton through email to seek compensation for the damages done to his home office, Norton’s responded with an email that read, “I’ve headlined the Tokyo Dome – do you know how much Japanese fans pay to see that kind of destruction? I should be charging you extra. Don’t email me again or I’ll sick Stevie Ray on you with the slapjack.”