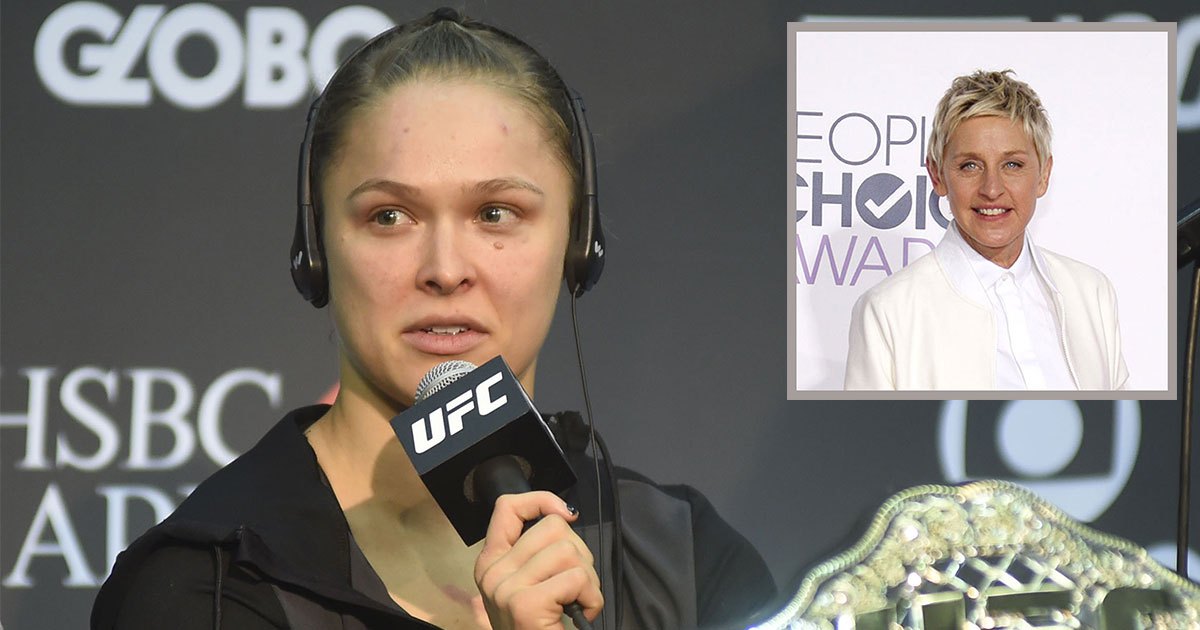 Former women’s bantamweight champion Ronda Rousey released a statement through her management stating that, if victorious in tonight’s main event with Amanda Nunes, she will only accept questions from talk show host Ellen DeGeneres.

Rousey’s statement immediately launched into her reasoning behind the decision.

“Over the course of my absence, the MMA media has been very unfair to me by asking for interviews,” said the statement. “And for this reason the only person I will talk to after I am victorious at UFC 207 is, the funniest person I know, Ellen.”

The statement went on to point out that the post-fight interview, which is traditionally conducted by longtime color commentator Joe Rogan, and any questions at the post-fight press conference, would all be exclusively by DeGeneres.

Many in the traditional mixed martial arts media were upset by Rousey’s statement.

“Obviously I am not happy about this; I would just like to get honest answers to questions,” said MMAfighting.com’s Ariel Helwani. “But I am just going to try to stay out of it — she is really good friends with Dana White and I don’t want to get banned again.”

Related: Edmond Tarverdyan Excited to Teach New Technique He Saw in Movie over the Weekend

Rousey’s media blackout ahead of UFC 207 has left many wondering about her mental state heading into the fight, and whether or not she is prepared for the possibility of another devastating loss. DeGeneres was quick to assure die-hard fans that, if given the opportunity to talk with Rousey after her fight, she would not just ask softball questions.

“Obviously I am just as excited about Ronda’s return as everyone else. I have a few hard hitting questions prepared, like ‘Were you nervous?’ and ‘What songs do you like to dance to when you are warming up?’ So I am ready for whatever happens,” said DeGeneres. “Oh, and I especially want to know what her favorite ice cream flavor is, don’t you?”