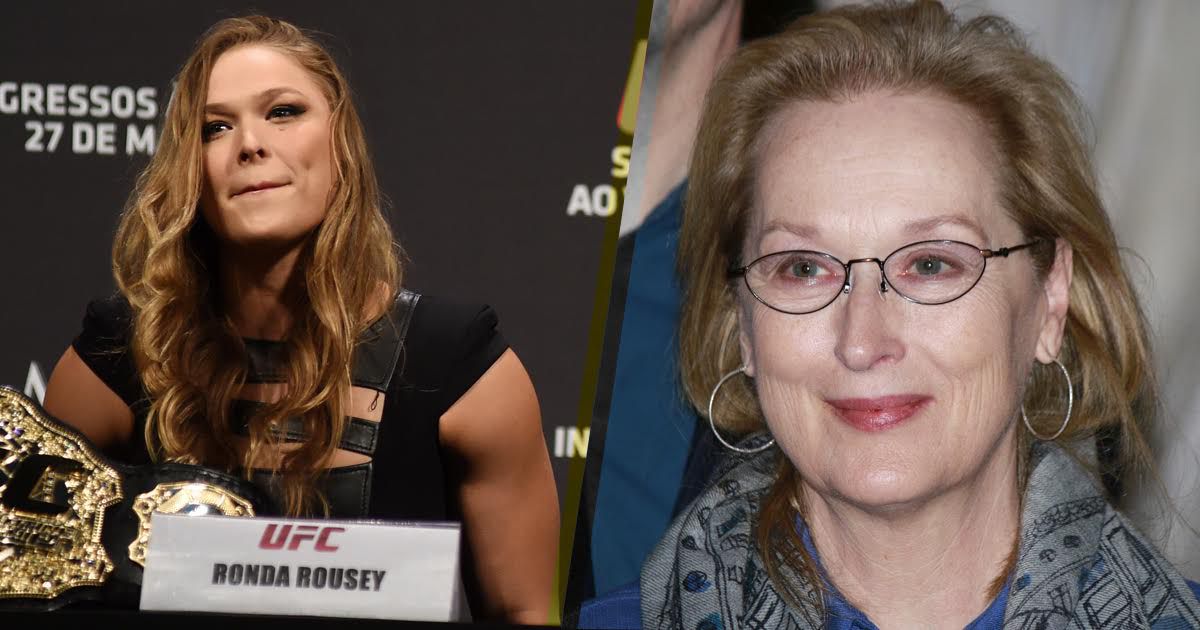 Following her Golden Globes speech during which she claimed that Mixed Martial Arts are not “the arts” at all, Meryl Streep has opened as a 3-to-1 favorite in a potential bout against the returning Ronda Rousey.

Despite her total lack of fighting experience or combat sports knowledge of any kind, the MMA community has expressed confidence that the 67-year-old Streep has what it takes to hand Rousey her third consecutive defeat.

“Theoretically, Meryl Streep has the physical capacity to stand still and throw a straight punch, which is going to give Rousey all sorts of problems,” UFC fan and internet commenter Steven Dallas said. “This is a dangerous matchup for Ronda; we’re really going to see what she’s made of here.”

UFC matchmaker Mick Maynard said that the pairing was simply the fight that made the most sense.

“Given where both of these women are in their careers, this really is the best fight to make,” he said. “Meryl has absolutely no experience or ability at all, and with how Ronda has looked in her last two fights, we figured that sounded about right.”

Rousey’s head coach Edmond Tarverdyan remained staunchly in support of his fighter, who he described as “really, definitely one-hundred percent ready for this one.”

Although Rousey herself could not be reached for comment, Tarverdyan told reporters that she was looking forward to the fight.

“Meryl is a tough girl, but Ronda is looking tremendous,” he said. “Her boxing is just as sharp as ever. Talk to any heavy bag or pair of pads in this gym, they’ll tell you she’s a killer.”

No stranger to the bright lights, Streep did not seem phased by the pre-fight hype.

“This is nothing I haven’t dealt with before,” Streep said as she strapped on a pair of 4-ounce gloves. “Did you see that MammaMia remake? If I made it through that shit, I can make it through anything.”

At press time, Streep had reportedly learned what a “jab” is, further tilting the odds in her favor.