Jon Jones Still Interested in Being Stripped of Heavyweight Title 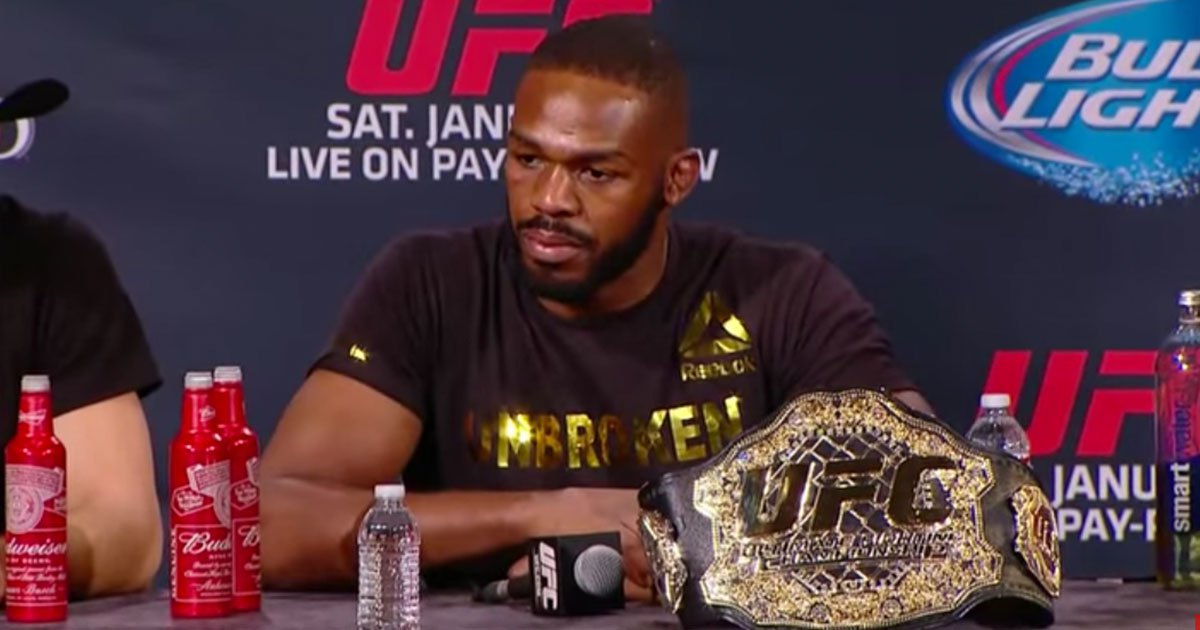 Despite being mid-way through his one-year suspension for a failed drug test, former light-heavyweight kingpin Jon Jones announced he is still interested in eventually being stripped of the heavyweight title.

“I’m the best fighter in the world,” said Jones. “This time off has given me lots of time to reflect, and after I come back and beat DC, I would love to move up in weight. I want to really work towards being stripped of that heavyweight strap.”

Jones is no stranger to losing his title without stepping foot in the octagon. In 2015, Jones was stripped of his light heavyweight title after a hit-and-run. In 2016, Jones was able to claim the interim light-heavyweight title, but was once again stripped after a failed drug test. Through it all, he remains determined to cement his legacy as the best in the world.

“I’ve beaten everyone they’ve put in front of me,” said Jones. “I have visualized my route and I believe I have the skills it takes to become a two-weight champ, and poor enough judgment in my personal affairs to have everything ripped away from me in the blink of an eye.”

UFC President, Dana White, has been outspoken in his views pertaining to the lifestyle and troubles of arguably the best pound for pound fighter of all time. When asked about Jones’ eventual return, White was optimistic.

“Listen, what I know is that Jon is trying to get his life back on track. For his sake, I hope he straightens himself out. As far as him moving up in weight – hey man, I’m game,” said White speaking with Matt Serra and Jim Norton on the UFC Unfiltered Podcast. “I don’t think the idea of wrapping that heavyweight title around his waist seems too far out of the realm of possibility. He could easily be the fourth man to hold belts in two weight classes, and it’s almost a guarantee he will be the first man to be stripped in two weight classes.”

Despite what the critics say, Jones’ knows he is the only one in control of his future.

“Everything that happens from here is on me,” said Jones. “This is what life’s all about. You get knocked down, you get back up. I have made a lot of mistakes in my personal life that have had a huge impact on my career, but I promise you this – life will knock me down again.”