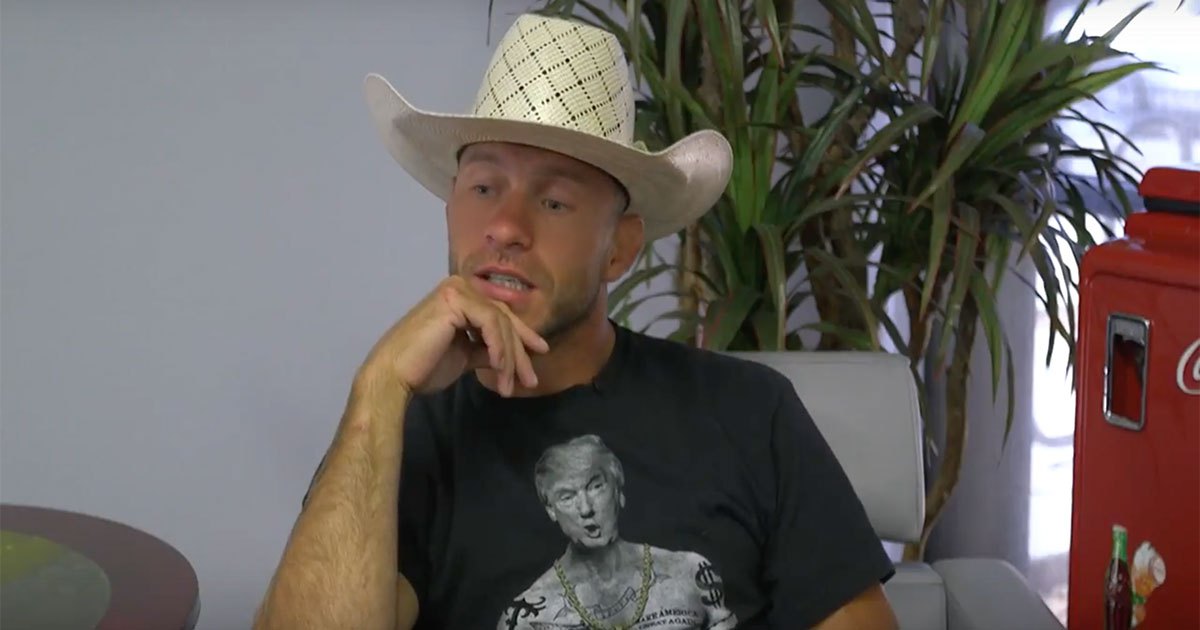 Donald Cerrone, fresh off a third round KO win over Matt Brown, announced that he would seek to fight out the remaining fights on his eight-fight contract extension within the next four days.

“Yeah, I mean I’ll knuckle up anywhere the UFC wants me to, no problem,” said the man referred to as Cowboy. “I just want to get my money; I know the UFC has a fight card this weekend, let me on that. I am always in shape.”

Cerrone, one of the most active fighters on the UFC roster, said he is willing to fight anyone at any weight class.

“It will be tough for me to get any lower than 145, but if I hit the sauna and get most of the blood from my body removed before the weigh-ins I could get down to 125,” said Cerrone while drinking a Bud Light. “Give me Mighty Mouse, baby. I want that gold.”

Always a fan favorite, the reaction to Cerrone’s announcement was met with praise on social media.

“Let Cerrone fight them all, he will whup them all up and still have time to hit the bar,” said Sherdog message board user Cowb0y155. “Conor is ducking him, Cruz is ducking him, and Stipe is ducking him. Cerrone is the real people’s champ.”

UFC matchmaker Joe Silva, who is set to retire at the end of the year, is still uncertain how to use the perennial contender but has made it clear that booking all of Cerrone’s fights is his main priority.

“We try our best to keep Donald active, if we don’t give him at least four fights a year then he starts to become a bit of an asshole,” said Silva. “After he fights Masvidal I already have his next six fights lined up so Sean Shelby doesn’t have to deal with him. But I don’t know if I can get him seven fights within the next four days. That’s a bit much.”

Never one to be discouraged, Cerrone has already expressed interest in fighting for Bellator or WSOF while wearing his official UFC-Reebok fight kit.

“If none of the other organizations will have me I guess we’ll just have to take it out to the parking lot,” said Cerrone.