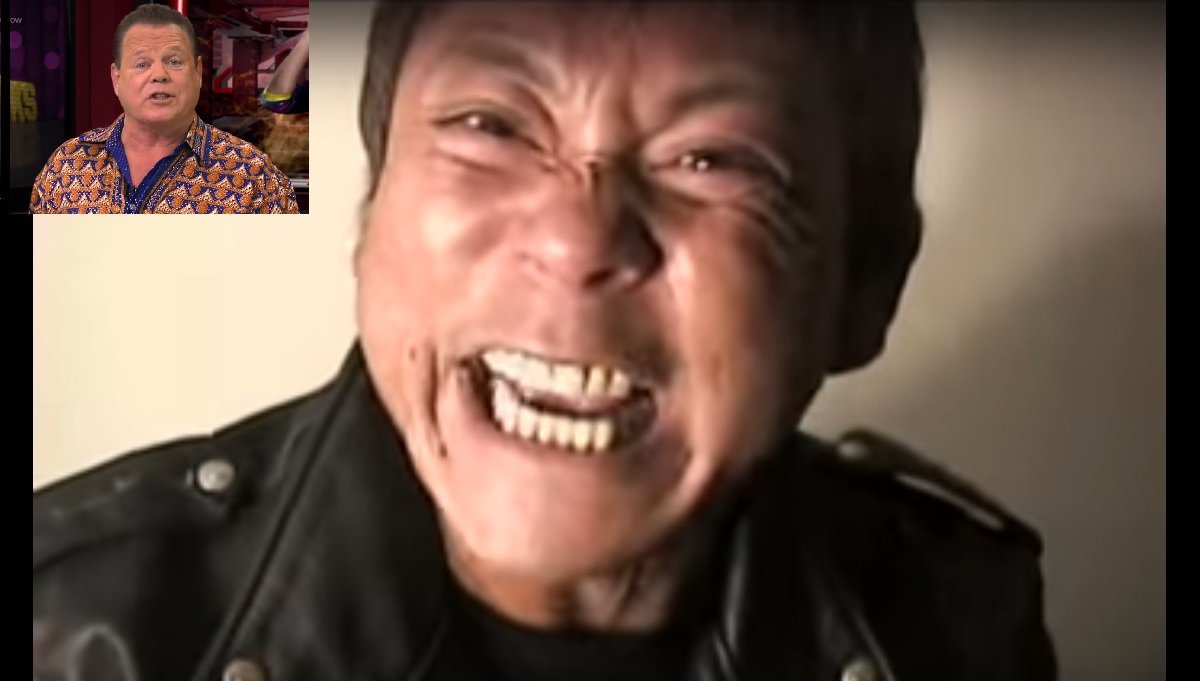 Famed Japanese deathmatch wrestler Atsushi Onita has called out Jerry Lawler in hopes of scoring a referral to a new plastic surgeon.

The former owner of FMW, Onita has announced he plans to retire this year. He has spent four decades as a professional wrestler with countless grueling deathmatches under his belt.

“With retirement comes a new beginning,” Onita, 59, said. “After years of spilled blood, barbed wire boards, and exploding rings, I am ready to go under the knife once more- and I knew Jerry was the man to call.”

“I was more than happy to give Onita my doctor’s number,” said Lawler, 67. “We have only spoken sporadically since his days as a young upstart in Memphis back in the ‘80s. But our shared interest in cosmetic upkeep has always kept us connected.”

Dr. Luther Horowitz, Lawler’s plastic surgeon since the early ‘90s, was more than happy to accept Onita as a new patient.

“I bought my yacht with the money Jerry has spent at my office. I’m more than happy to fix up any of his wrestler friends,” said Horowitz.

Both wrestlers, faced with years of wear and tear on their bodies, have teased retirement before. Onita has, however, always returned and Lawler has continued to work independent dates.

“A fractured arm and a broken leg won’t slow me down on the road to retirement,” said Onita. “Yes, I will hang up the boots for good in October. But after my next facelift, I will at least look ready for a comeback. Hell, maybe I can even call out Jerry for one more exploding barbed wire cage deathmatch.”

Lawler’s schedule is reportedly wide open for a deathmatch with Onita after being removed from WWE TV last month.