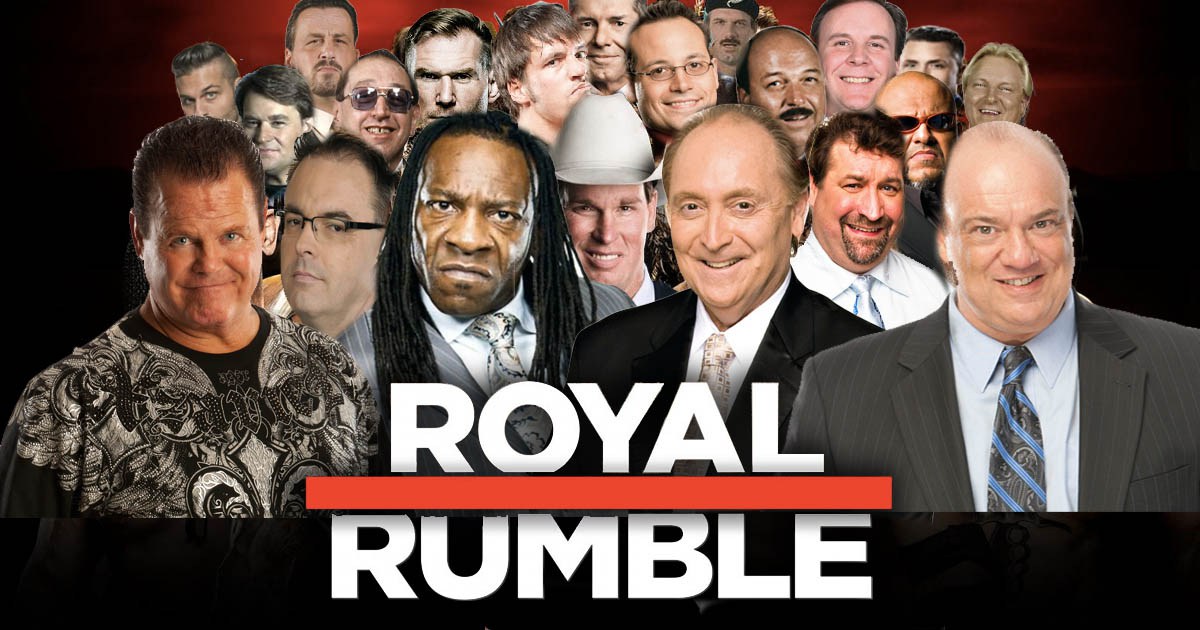 The 2017 Royal Rumble will feature a 30-man commentary team, according to a press release by WWE. The event will mark the first time such a large commentary team has ever been assembled in wrestling history.

“This is the biggest Royal Rumble we’ve ever had. The Alamo Dome is sold out, and we wanted to make sure we had a commentary team that would match the magnitude of the event,” said WWE COO Triple H. “The 4-man booth on Smackdown worked out great. This 30-man booth should be at least seven and a half times greater.”

In addition to the commentators heard weekly on WWE programming other commentators being brought in for Royal Rumble include; Tony Schiavone, Booker T, Mike Adamle, Jimmy Bower, Alex Riley, Jesse Ventura, Joey Styles, Raven, and even Vince McMahon himself.

“Cole just isn’t cutting it alone anymore,” said WWE CEO Vince McMahon. “I try and get him to comment properly on all these crazy new maneuvers the Superstars are doing these days, but no matter how much I scream at him, it just isn’t right. When Seth Rollins does a top rope phoenix splash, what can you really say besides, ‘what a maneuver!’ It’s time I come back and give the WWE Universe what they want.”

To accommodate all the commentators the announce table will surround the the entire length of the ring, making eliminations trickier this year.

“They’re almost making it too easy for me this year,” said WWE Superstar Kofi Kingston, whose creative spots to avoid elimination have become legendary. “When I get thrown over the top rope and land on that huge table, I might just put on a headset and call the rest of the match.”

Jim Ross could not be reached for comment regarding why he was not offered a spot on the commentary team.