Youth Crew Singer Has Knife Surgically Removed From Back 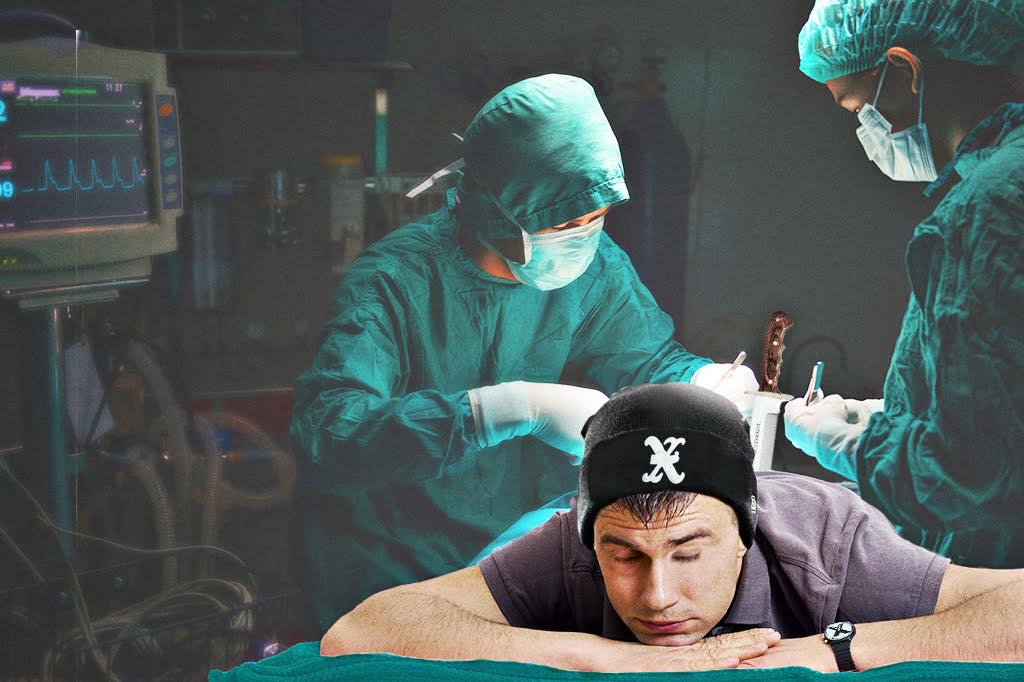 LONG BEACH, Calif. – Chad Willinger, a pillar of the local hardcore community and frontman of youth crew band Persecution, is reportedly in stable condition and recovering at home after undergoing surgery to remove a knife stabbed into his back during a recent performance.

The senseless attack came three songs into Persecution’s set at a benefit show to prevent soil erosion. Witnesses described a confusing scene as they struggled to comprehend the gravity of the situation.

“Chad had just wrapped up ‘Blood Pact’ and he was kind of stumbling around out of breath saying ‘back stabbed,’ ‘call 911 my brothers,’ ‘this can’t be the end.’ We thought for sure he was just doing his usual between-song banter but then he collapsed and we saw the knife,” said show attendee Cynthia Vasquez.

“I was really scared for Chad,” confessed bass player George Haller. “You think with how much we sing about backstabbing we would be prepared for something like this. But those are all figurative wounds. Yeah, they cut deep, but nothing like actually being stabbed.”

“We should use a photo of the scar for our next EP,” he added.

Willinger’s bandmates quickly loaded him into the tour van and rushed to the ER, where doctors immediately began surgery to remove the three-inch blade as a barely-conscious Willinger kept pointing to the X’s on his hands and pushing away pain pills.

“Yes, a patient was brought to us with a non-fatal stab wound to the upper back area,” confirmed hospital spokesperson Beatrice Pearson. “He was very confrontational when we tried to administer anesthesia. He kept yelling something about being ‘straight’ and that ‘drugs would be worse than the knife.’ I don’t understand that part but we did eventually sedate him, and he seemed to enjoy that.”

Despite the attack, Willinger remained optimistic.

“This isn’t the first time, it won’t be the last time. True friends stick together… brotherhood… respect. Depend on each other,” Willinger said into an upside-down hospital cup he seemed to think was a mic. “Back stabbing not going to bring me down. Bust it.”