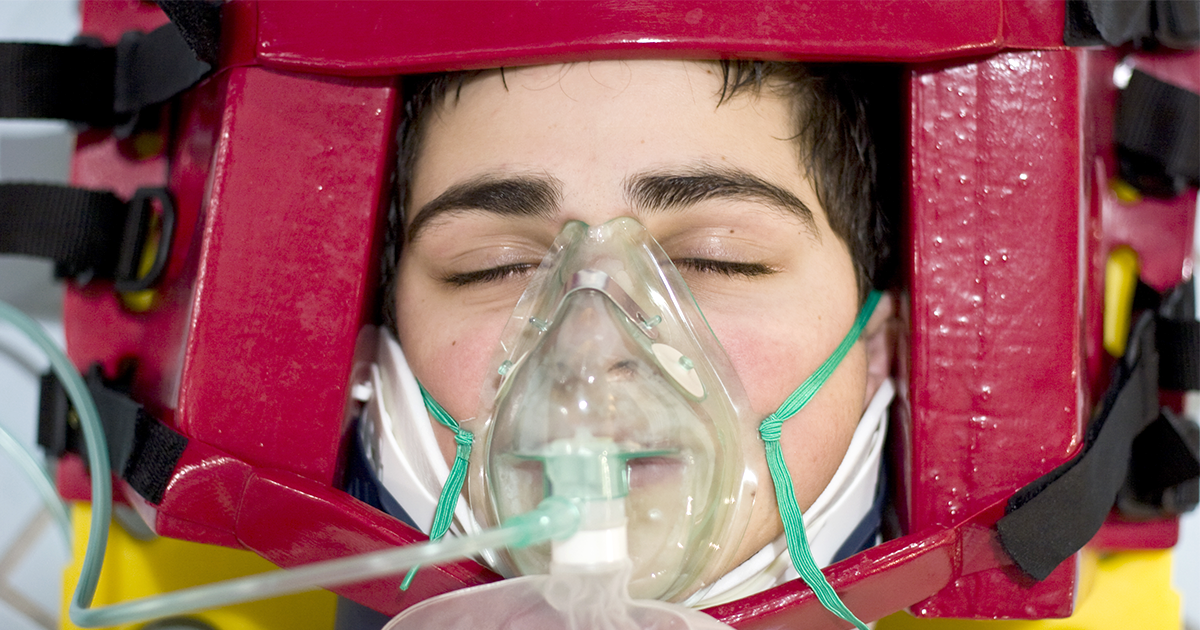 PEORIA, Ill. — Local teen Billy Johnston was left in critical condition earlier today after being yelled at by a friend’s mother, according to multiple traumatized sources.

“It all happened so fast,” said Tommy Bagsby, Johnston’s friend and the son of the upset mother. “One second, we’re all playing Super Smash Brothers, and the next, my mom barrels in sounding like a firetruck and starts literally screaming at Billy. Everything changed after that.”

However, Bagsby’s mother, Sharon, showed no remorse and believes Johnston needs to “toughen up a little.”

“This is all a little bit overdramatic. I asked him very nicely to take off his shoes when he first came in,” said Ms. Bagsby, enjoying a white wine in her kitchen. “And when I noticed he hadn’t taken his shoes off and was walking on my freshly shampooed carpet, I gently reminded him to take them off again. I really don’t see what the big deal is.”

After being on the receiving end of a deafening shriek from Bagsby’s mother, witnesses claim Johnston’s condition slowly began to deteriorate.

“It was a like a light switch went off. The color drained from his face, and he didn’t want to play video games anymore,” said witness and close friend Josh Lopez while holding a motionless Johnston’s hand. “His eyes sort of glazed over like he was about to cry, but couldn’t. When he refused a plate of pizza rolls, that’s when I knew it was serious.”

Bagsby’s mother, apparently sensing the damage done, offered the boys a conciliatory olive branch in the form of Firecracker popsicles, which they were not allowed to eat in the living room.

“That turned things around I think,” said a relieved Lopez, “but it could be weeks before his speech finally comes back.”

Johnston remains in a catatonic state after the incident. Though his condition is believed to be stable, he is not cleared for release quite yet, as he still has more than 90 minutes before his mother picks him up.

UPDATE: As of press time, Johnston’s shoes were still on the carpet.