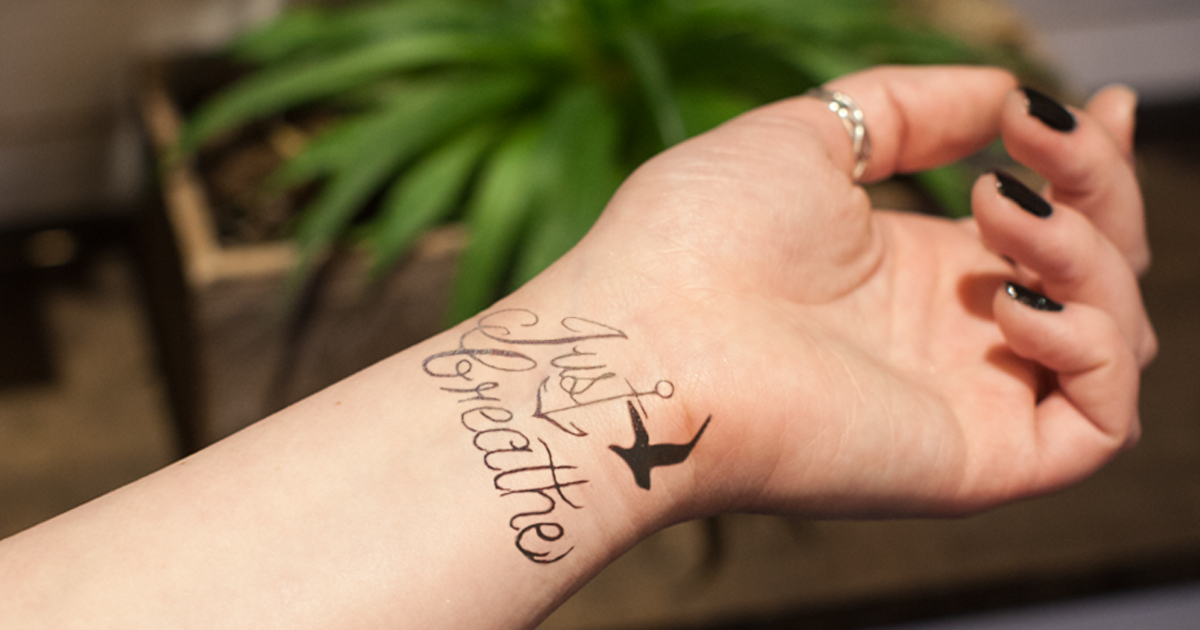 SPRINGFIELD, Ill. — Katelyn Paskin suffered a minor concussion earlier today after losing consciousness in a severe asthma attack, despite a tattoo on her wrist meant to remind her to keep breathing, according to emergency responders.

Friends and family of Paskin were shocked that the tattoo, reading “Just Breathe” with the silhouette of a bird accenting the script lettering and inked just two weeks ago, has not helped resolve her ongoing struggle with the inflammatory disease.

“It just doesn’t make sense,” said close friend Janice Skinner. “The tattoo directly addresses Katie’s trouble breathing. Maybe she should have put it somewhere even more visible? What makes me even more worried, though, is I’m getting a tattoo that says ‘Let It Go’ next Friday. What if it doesn’t cure my social anxiety?”

The placement and efficacy of the tattoo is now a major subject of debate for those close to Paskin.

“How can it serve as a proper, constant reminder if she can’t see it at all times? If she’s wearing her favorite sweater and this happens, she could suffocate,” said Drew Paskin, her older brother. “From the get-go, I knew we should have gone full knuckle. Nobody would listen to me.”

The knuckle placement of the tattoo was reportedly shot down by family pulmonologist Dr. Troy Van Degen, who pointed out the lettering “simply wouldn’t fit” due to Paskin’s standard amount of fingers.

“She would have had to put a letter on her thumb, but then the other thumb would need to have two letters on it and as a doctor I can’t advise that as her physician,” said Dr. Van Degen. “But she also doesn’t have any other tattoos, and I hate when young patients get work done on their neck and hands first.”

Paskin is expected to make a full recovery, but other medical professionals have warned that additional tattoos are not going to solve the problem.

“Ms. Paskin has severe allergy-induced asthma, and a simple note on her wrist will not be enough to prevent her airways from closing,” said Dr. Tori Wells. “The family informed me they plan to put her on an aggressive tattoo reminder schedule, with the next one saying ‘Mind Over Matter’ in small script on her fingers. So, yeah — I expect she’ll be back in a hospital.”