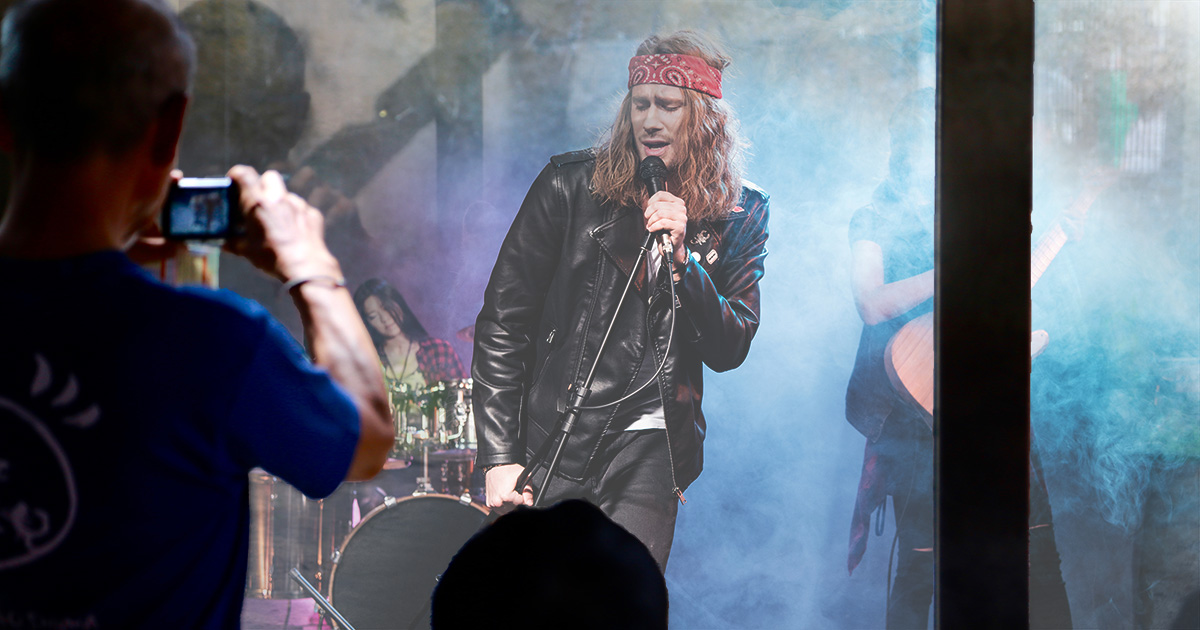 SEATTLE — Amy’s Regret, the last known grunge band on the planet, were successfully captured in the wild last week and will be rehabilitated and put on display in Seattle’s Woodland Park Zoo next summer.

“We thought bands of this genre went extinct over 20 years ago,” zoologist Dr. Dawn Hayes, Ph.D. said. “Many species thought to be grunge have since been recategorized as rock or indie, but Amy’s Regret is true grunge down to the DNA: every member is clad in authentic flannel shirts; some even tie the shirts around their waist in a display of dominance. When we saw their dirty, distorted guitars; mellower punk rock vibe; and that they rely more on the bass than similar species, we knew we’d found a rarity. We’re excited to show them off to the general public… many of whom aren’t old enough to have ever seen a grunge band in real life.”

Many, however, feel the band should not be held in captivity.

“These are lone creatures meant to remain in isolation,” environmentalist and Amy’s Regret fan Vivian Brewer said after chaining herself to the band’s cage. “No grunge band has ever produced an album in captivity. They should be put back in Rainier National Park where they were found camping, unless they decide to play Lollapalooza next year, which I really hope they do.”

For their part, the band members themselves don’t seem to mind their new accommodations.

“I dunno, man. It’s pretty nice. I got a coffee pot, and a mattress on the floor… I haven’t lived this well in a while,” guitarist Dennis Owen said. “Sure, it’ll be weird to have kids watching and pointing at me all day long, but we haven’t been this popular since we opened for Candlebox in ’98. And they hooked me up with some new jeans, which is cool, because my last pair was so ripped up they barely counted as pants.”

Zoologists hope to introduce the band to an authentic Riot Grrrl group captured outside of Mount Hood last year in the hopes the two might collaborate.