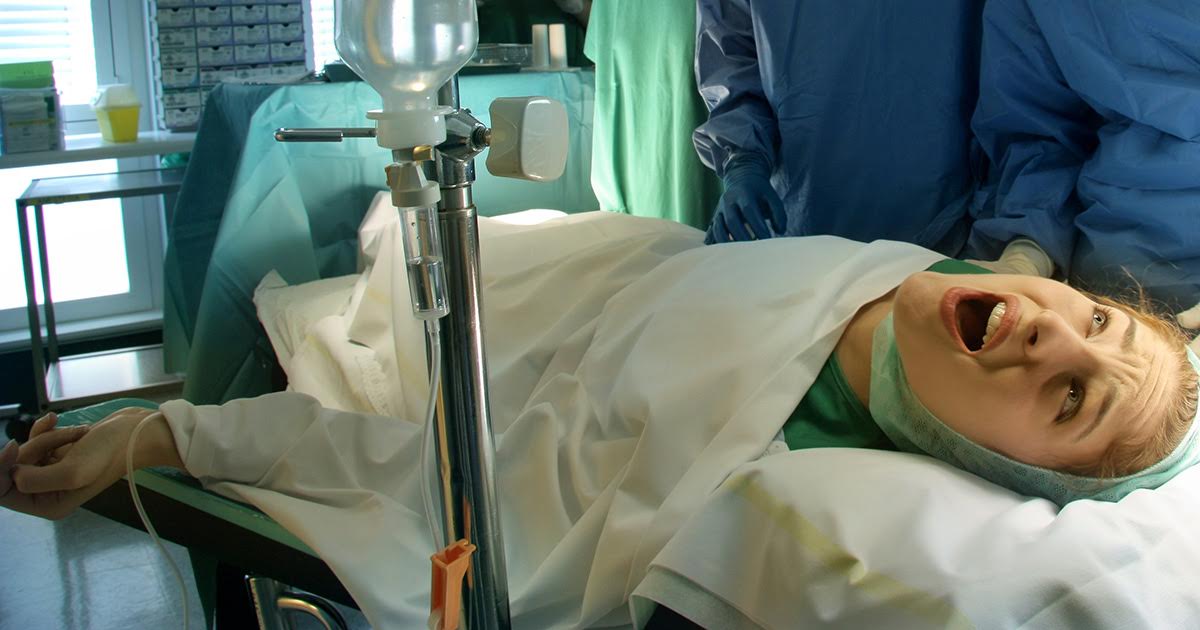 “I was told to take a deep breath by the doctor and then next thing I knew, I was death growling my way through what felt like Satan, himself, fisting me with a flaming glove of razor blades,” said Tyler. “For years, I’ve been trying to sing like that but have only been able to scream, at best. Who knew I just needed one archaic, dangerously downplayed procedure to sound kind of like that prick from Devourment. I just feel like kind of an ass for not thinking I would need to take a pain reliever before coming here, but hey, next time we play live I’ll just need to tap into this sense memory to get the brutal vocals I’ve been searching for.”

Fellow patient Abigail Lee was in the office for an ultrasound when she heard Tyler’s vocals from down the hall.

“You usually don’t hear too much in that place other than maybe Muzak sometimes, but that visit was unreal. I heard a sound from the other room that made Corpsegrinder sound like Cocomelon. I swear my baby kicked for the first time, or maybe it was headbanging,” said Lee. “All she needed was some chugging guitar riffs, blast beats, and a soundclip from a serial killer saying something like ‘eating guts is the only thing that makes me happy, and I do it because the voice of God told me to’ then you would have a certified grindcore classic. ”

Gynecologists across the nation have seen an upswing in the amount of metal patients asking for IUDs.

“The Supreme Court has made 2016 look like a practice run, except this time I’ve got metal and some grindcore vocalists knocking down my door not only asking for them, but begging for the most brutal IUD out there,” said Dr. Angel Moore, a gynecologist in Connecticut. “However, none of the patients have even come close to matching Lexi’s vocal ability. They’ve just puked, cried, passed out, bled profusely, all the normal totally acceptable stuff for people with uteruses to go through ya know!”

At press time, Tyler’s band Toxic Shock Syndrome has been gearing up for their next gig thanks to Tyler’s lingering cramps.