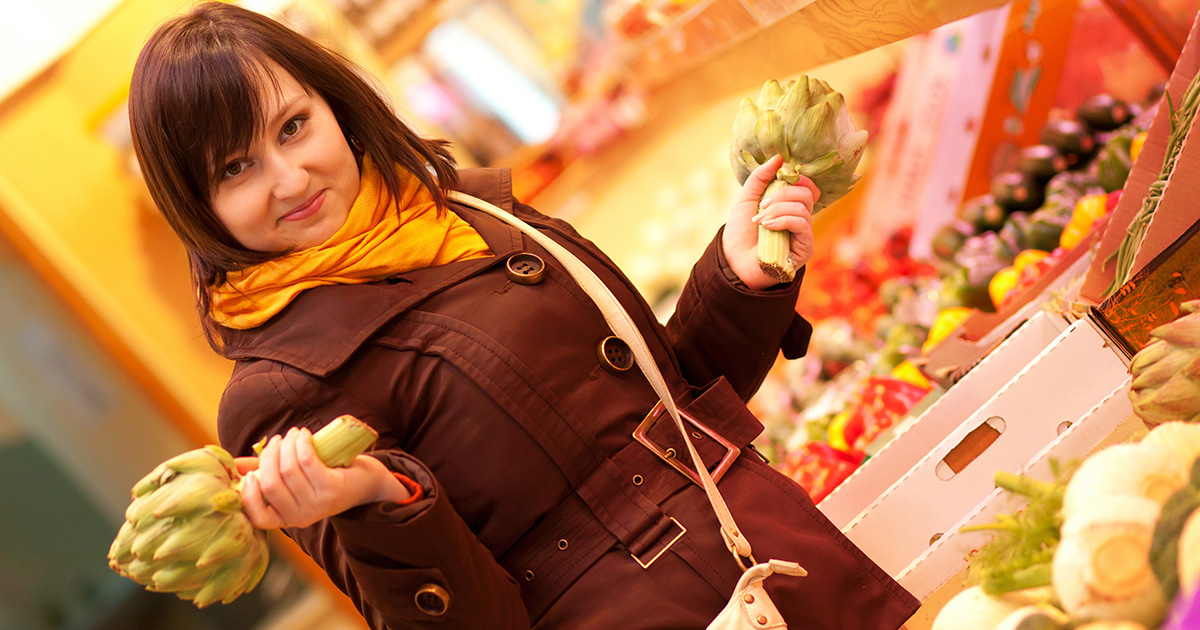 BANGOR, Maine. – Local woman, and proponent of turning fresh produce into reservoirs for mold due to apathy, Danielle Wilder recently bought an artichoke which will sit untouched in her vegetable crisper for weeks, reported sources not coming over for dinner anytime soon.

“I resolved to start cooking at home more, which meant buying more fresh ingredients,” said Wilder while she chose the perfect artichoke to let decay in her home. “It was going okay at first, but I got bored of potatoes and broccoli after a while. That’s when I decided to shake things up with some new veggies. There’s so much I could do with this artichoke. Tonight, I could roast it and make soup. Or even better, I could put it in the fridge and ignore it until I have no choice but to dispose of it after the leaves have browned and it sort of melts into goo and I’m forced to order UberEats for the third time this week.”

Wilder’s loved ones have voiced concern over her tendency to let her culinary ambitions outpace her discipline levels.

“Danielle is constantly posting pictures of butternut squash or whatever captioned ‘Got big plans for this!’ to her Instagram story,” said friend Alex Sandison. “But I’ve never seen any plans, big or otherwise, come to fruition. Most of the produce she buys usually just becomes a nesting ground for flies. It’s like how she’ll post about a potted plant she just bought and by the time I come over, it’s pretty much completely wilted. Is ‘agricultural sadist’ a thing? If so, I think Danielle might be one.”

Dr. Moriah Rose, Professor of Sociology at Wright State University, says that Wilder’s experiences echo that of many home cooks seeking novelty only to be thwarted by lack of motivation.

“Just about all of these ingredients can be prepared as easily as any of the more common vegetables,” said Rose. “But who wants to go to the trouble of learning how to slice jicama when you could just make a box of penne and toss one of those jarred Prego sauces on it? And while there are things you can do to prolong freshness, like Tupperware and plastic wrap, you’re just going to end up with the same shriveled mush in your trash no matter what.”

At press time, Wilder was also on the verge of reigniting her passion for purchasing $100 worth of art supplies before giving up after two failed sketch attempts.