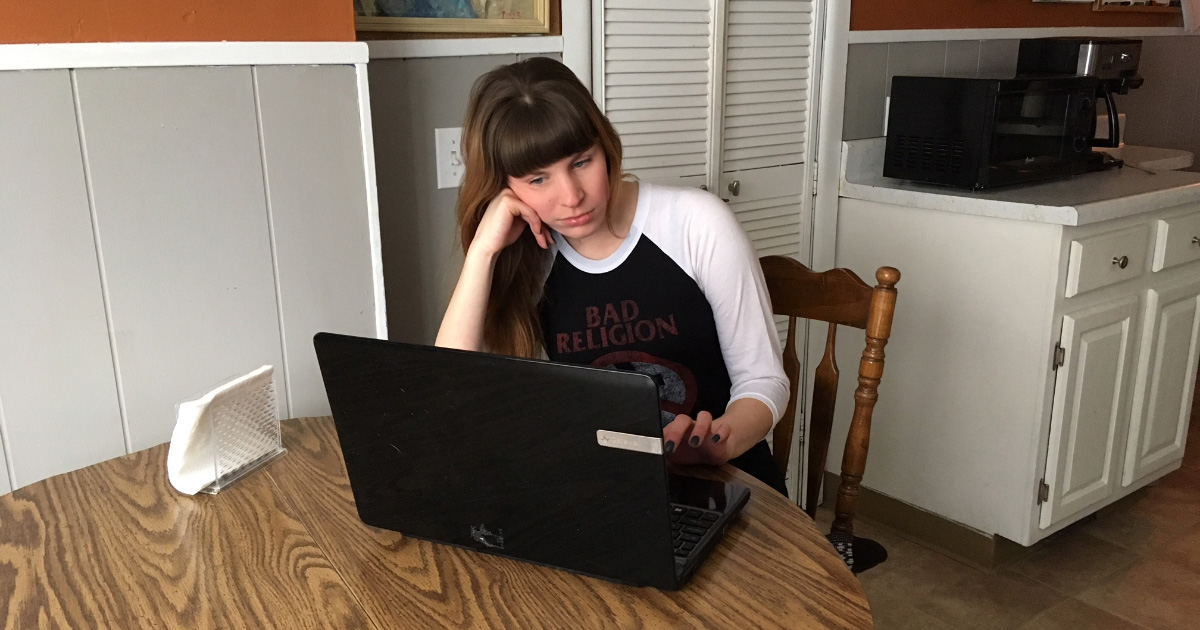 BROOKLYN, N.Y. — Local punk Chelsea Bowers is reportedly preparing for what will surely be several rounds of involuntary music trivia before leaving the house later tonight in her favorite Bad Religion shirt, a source confirms.

“It’s pretty much my regular routine,” said Bowers, a Bad Religion fan since her freshman year of high school. “I eat a snack, take a few deep breaths, and quickly brush up on the history of a band I’ve liked for over a decade to combat hordes of random men who bombard me with questions.”

Bowers’ knowledge was unsurprisingly tested immediately the last time she went to a hardcore show.

“It’s really about making sure they’re true fans of the band,” said fellow fan Elliott Wood. “I mean, how can you enjoy the music of Bad Religion if you can’t name three bands they played with at the 1993 ‘Rock for Choice’ benefit? Plus, it’s just really important to me that they know Brett Gurewitz is Jewish, and was raised in Woodland Hills, California. I don’t think that’s so much to ask.”

Thanks to years of interrogation, Bowers, now an expert on the band’s lineup changes, musical growth and conceptual evolution, is full of facts entirely useless to even the most studied music historians.

“It’s exhausting, but, honestly, it’s just easier this way,” Bowers said. “I can’t anticipate what I’m going to be asked, so now, I just know every opener they ever played with, every setlist, and the maiden names of all of their grandmothers.”

“And, yeah, the secondary literature I wrote on Greg Graffin’s Ph.D. dissertation and carry around with me as proof probably sounds like more work than it’s worth, but I’ll be damned if some asshole in a Queens of the Stone Age backpatch calls me a poser again for not knowing that Jay Bentley’s third favorite root vegetable is the desert yam, or some dumb shit,” she added.

At press time, the heads of three men spontaneously combusted when Bowers sang along with a song to which they themselves did not know the words.