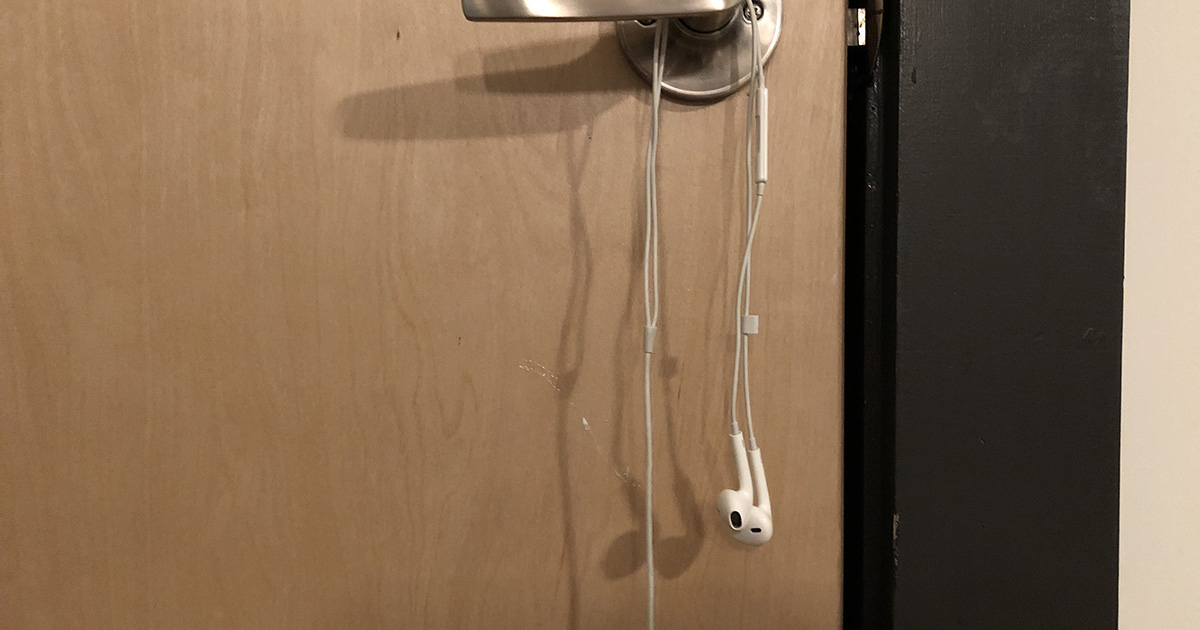 PROVIDENCE, R.I. — Local woman Carmen Sullivan was found dead this morning after the wire of her earbuds became caught around a door handle, causing the device to rip out of her ears abruptly, a police report confirmed.

“While tragic, the cause of death here is obvious—this woman was clearly wandering carelessly through her own home when she snagged her headphone cord on a doorknob, ripping her earbuds violently from her head,” stated Brooks Blackwood, the police officer who first responded to the incident and found Sullivan laying next to headphone cables tangled around a doorknob. “The combination of shock and rage killed her instantly. We suspect no foul play, though we do believe she was listening to a true-crime podcast at the time.”

Clair Sullivan, the victim’s wife, was deeply saddened but not surprised by the news.

“I am racked with grief over the loss of my soulmate, and the earbuds that came with the iPhone she got four years ago,” she said, looking more disappointed than upset. “I’ll miss watching Carmen become reasonably infuriated every time the earbuds wire got stuck in the zipper of her hoodie, and especially enjoyed hearing her scream profanities anytime she attempted to take off her mask while wearing those stupid things. It really didn’t help get us through a tough two years.”

Seasoned pathologist Grace Shah has seen many an autopsy just like this one.

“Unfortunately this sort of accident is commonplace. Clueless dumbasses paying no attention to their surroundings are constantly falling victim to easily avoided obstacles. Skiing into trees, ATV decapitations, cable-related tripping mishaps. Almost anything can be a deathtrap for these preoccupied and unaware people. The earbud rip is not an uncommon cause of death, but it has been proven to be the most infuriating way to die.”

At press time, emergency services had left the scene to attend to a man across town who severely injured himself trying to sprint to a quiet room after his AirPods died during a Zoom call.