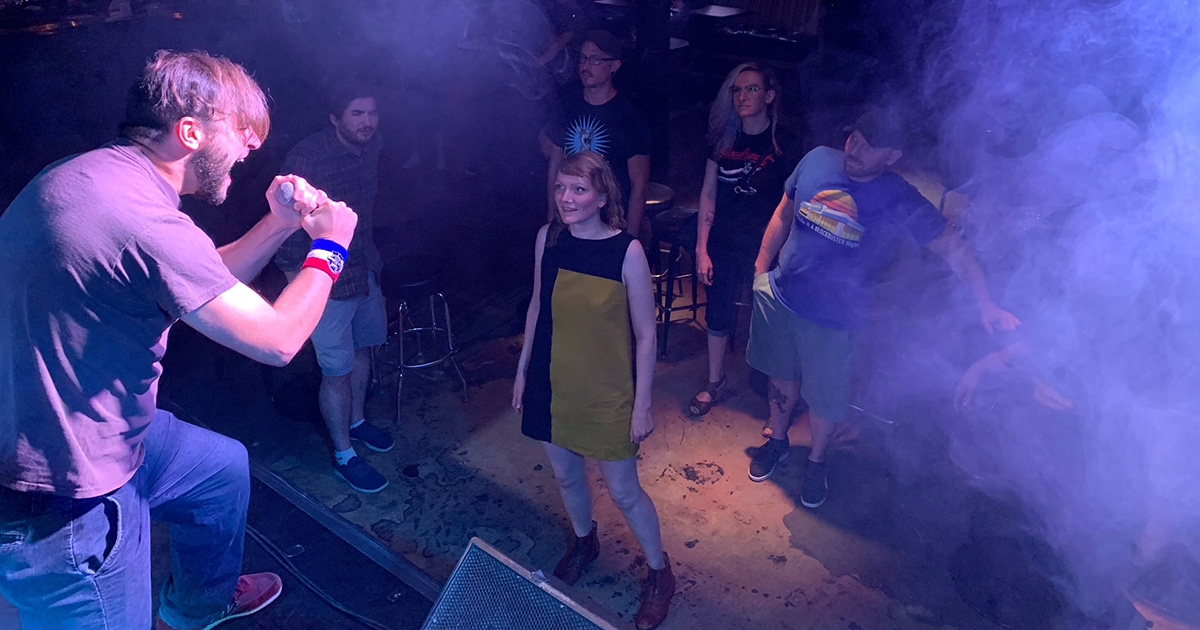 MURRAY, Utah — Local punk and devoted scene supporter Dana Flynn shocked onlookers last night by going to a poorly-attended show alone, and not even because she was banging any of the dudes playing, according to perplexed sources.

“I saw Mindfuck was coming through from Boulder, so figured I’d go since I didn’t have anything else going on,” Flynn stated. “As soon as I got there though, everyone kept asking me who I was there with… which was weird, since there was only like, 10 people in the entire venue, and they all seemed to already know each other.”

Fellow attendees included the 11 dudes who made up the three bands playing that night, along with two of their girlfriends, and the woman who booked the show.

“We’re touring with Blackout, so I knew she wasn’t with any of us. I just assumed she was dating one of the guys from the local opener, but then I saw her buying a CD from their drummer,” recalled Mindfuck frontman Jimmy Santos. “That’s when I looked down and noticed a giant Sharpie’d ‘X’ on her hand and realized she must have paid to come here. I actually think she’s the only person who paid to come here.”

“I’ve seen a lot of crazy shit at shows — punching contests, roman candle fights… I even saw a pit bull give birth once,” he added. “But attending a basement show on a Tuesday when you don’t have to? You can’t accuse her of not supporting the scene, that’s for fucking sure,” he added.

However, some worried Flynn’s unprecedented antics may eventually “really fuck things up for the rest of us.”

“Finding excuses to not watch any of the six shitty bands between my two partners is like a goddamn full time job… and this idiot just shows up for fun?” asked one of the three other non-band people in attendance that night, Jess Nyugen. “What the fuck is her problem?”

At press time, Flynn was volunteering at a local animal shelter, despite no court order to do so.