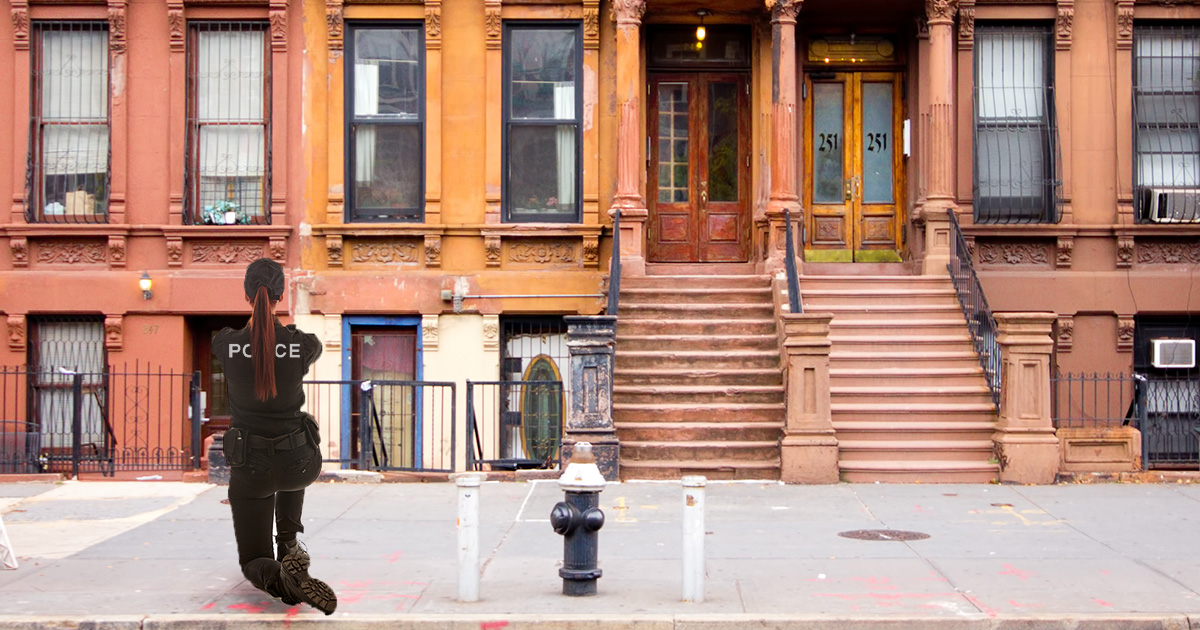 ELMHURST, N.Y. — New York City Sheriff’s deputy Deandra Washington ceremoniously took a knee with the tenants of a local apartment last night before forcing them out of their home under threat of violence, camera phone footage confirmed.

“With everything that’s going on, it’s really important to practice real community policing,” Washington said at a press conference. “You have to do what you can to connect with the people you protect before enforcing the predatory will of capital on them. It’s a promise I made when I joined the force, and I intend to keep it, both on and off the job.”

Teri Ratner, one of the tenants evicted yesterday, claimed the experience was a bit of a “mixed bag.”

“It was really great to see her kneeling down with us on our porch,” Ratner said. “It shows how much they’re willing to go above and beyond their duties of carrying out the violence required by the state. Which, I should add, she also did really well — my roommate and my dog have the bruises to prove it.”

According to tenants, the eviction proceeded quickly and without incident as Washington never took her eye off the property or his hand off his sidearm.

“I even saw she was wearing a little rainbow flag pin,” said former tenant Jorge Moreno. “It’s nice to know that my few valuable possessions were being hurled into the street by someone who really ‘gets it’ — you can really see how much the modern police force cares about looking right and saying the right stuff. We look forward to seeing this moment shared by countless white middle-aged liberals from Ithaca, and conservative Americans of all ages.”

The house is scheduled to become home to a brand new Black Lives Matter mural, commissioned by Washington in honor of the people who can no longer afford to live there.