WHO Releases New Guidelines to Avoid Being Nominated for Viral Challenges 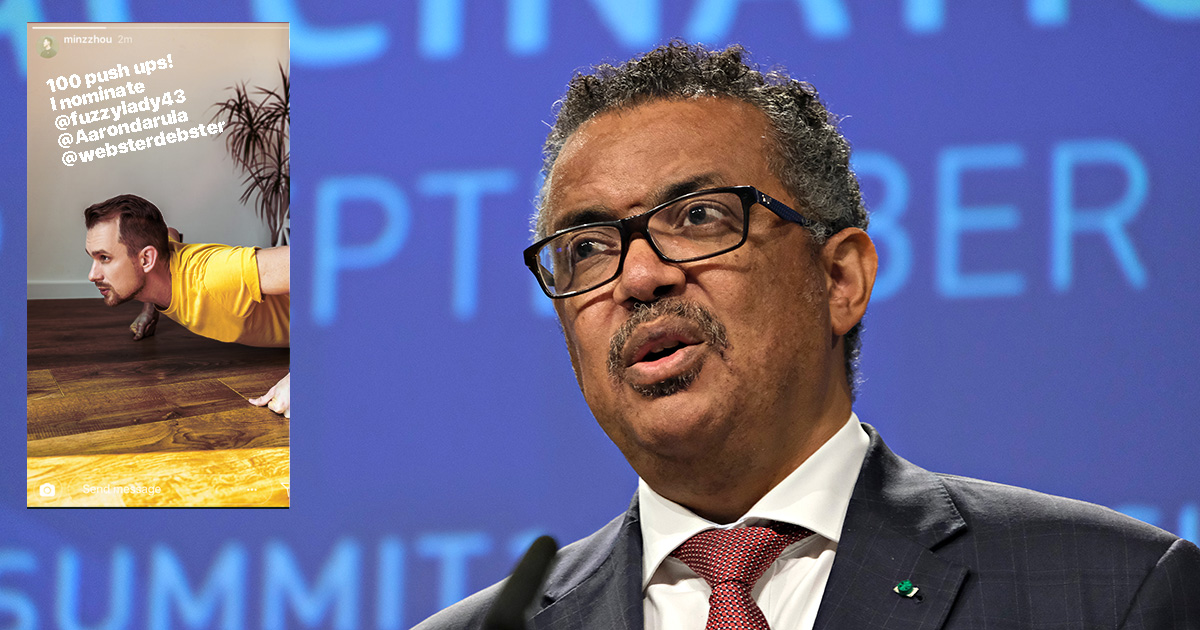 “We need to act quickly to contain the spread of nominations before our social media platforms become overwhelmed with annoying posts,” said Paula Stocker, a spokesperson for the WHO. “It’s important to practice social media distancing — that means avoiding engaging with people who you see, for example, naming their favorite movies of all time. Even if they might not be showing signs of posting their old high school photo in honor of this year’s graduating class, they could still accept that challenge within the next two weeks.”

Many see these changes as necessary, especially in hard-hit states like New York and California, where governors declared they will be posting seven albums in seven days.

“As a white guy in my early 20s, I’m at risk of filming myself doing 10 pushups multiple times a day,” said local man Colin Robertson, who has followed the recent recommendations by temporarily shutting down his meme page. “I still see people going around attempting trick shots with ping pong balls. It’s selfish and irresponsible, and it’s super lame, too. When this is all over, I’d like to still have just a tiny bit of dignity.”

Some are saying that the new guidelines, such as limiting the amount of friends you can tag in your Instagram stories, may go too far.

“We can’t let the cure be worse than the disease,” says Facebook user Gary Winslow in a video where he tries to do a handstand against a wall while putting on a T-shirt. “People are getting annoyed for no reason. These viral challenges are no worse than viral challenges from past years, like the Harlem Shake — which, I’ll remind you, occurred under the Obama administration. Millions of Americans tragically planked during his presidency.”

When asked for comment at today’s coronavirus press briefing, President Trump suggested that a challenge where the user exposes their internal organs to sunlight might cure coronavirus.