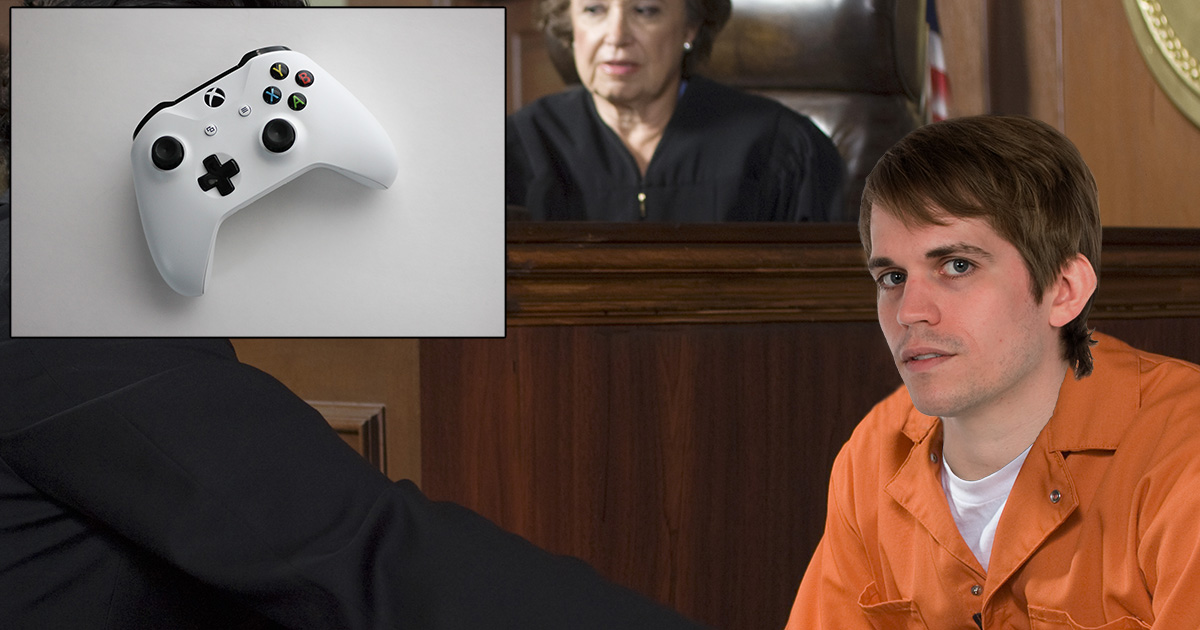 BALTIMORE — 17-year-old active shooter and local white boy Tyler Dunsky was sentenced today to no Xbox privileges for a whole week following a recent killing spree for which he will otherwise not be held accountable.

“I had no choice to rule the way I did, due to a technicality in how our laws are written. It makes no sense to me either, but after a murder marathon, even a white guy is typically given some sort of consequence,” said presiding Judge Blake Donovan. “I tried to be lenient considering Mr. Dunsky is just so darn good at water polo, but I didn’t consider how my sentence would really impact this person’s life. I’m kept awake at night, thinking of how Tyler and his family will be impacted by my decision — forced to spend seven entire days acknowledging each other’s existence without Xbox fun time. No one said this job was going to be easy.”

Dunsky’s mother Janice Dunsky was disappointed by the sentencing imposed on her son.

“What people need to understand about my son is that yes, he has excellent aim, but he also has a very promising future,” Mrs. Dunsky said. “Sometimes in order to truly live, laugh, and love, a few people need to die, scream and panic, so I don’t understand why my son is being punished for that. Bottom line, if Tyler doesn’t get his 18 hours of screen time, he starts calling me all kinds of disrespectful names that he should be yelling at an 8-year-old with a headset.”

Additional white guys around the country have since rallied in support of Dunsky.

“This whole sentencing is bullshit. Tyler was just out there vibing with his guns and all these people just wanna cause drama by getting all dead and shit,” Dunsky supporter and entitled guy Matt Cobbler stated. “You people are always telling teens to be more involved in politics, but suddenly draw the line when my bro writes a manifesto, posts it on YouTube, and then immediately goes on a shooting rampage? Do you want us to care or not?”

At press time, several young white males are coming out in massive troves of support for Dunsky, and have collectively punched “Give Tyler back his Xbox time” into an overpass.