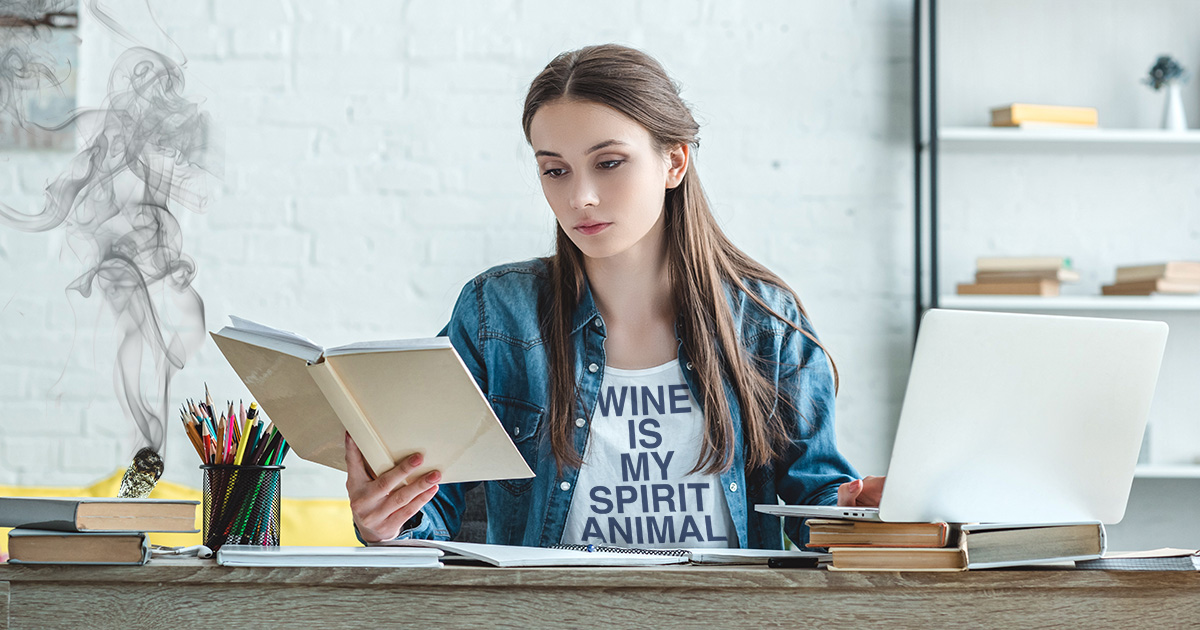 “I’m so filled with pride on this sacred day,” said Copeland, dressed in a traditional ‘Wine Is My Spirit Animal’ T-shirt. “This ritual was performed by my father, and his father before him. I’m honored to carry on this beloved family tradition.”

Copeland began preparing for the ritual as soon as she finished her junior year of high school, researching her family history and submitting as many 23andMe tests as it took to return a positive read for Native American ancestry.

“My grandmother always told me we descended from an ancient Cherokee princess, and with my high cheekbones and the dream catcher tattoo on the back of my neck, I can definitely see it,” Copeland said, scrolling through turquoise jewelry on Pinterest. “I’ve always felt deeply drawn to the spirits of my ancestors — especially their scholarship opportunities.”

After learning about her blood heritage, Copeland’s father, Rance, assisted her with the ceremonial filling out of the FAFSA, during which he revealed exactly from which tribes the Copelands descended.

“Ever since 1986, we’ve been card-carrying members of the Cherokee, Mickanewa, and Shan T’zhe tribes. It was an honor to bestow our ancestry onto my eldest daughter,” her father said, of the real and made-up tribes.

While Ms. Copeland hasn’t heard back from any universities yet, she’s confident her application will get noticed.

“I typed the whole thing in Papyrus font, to give it a little extra ‘native’ flair,” she said. “I also included a pic of me at Coachella last summer, because, honestly, my headdress was fire, yo!”

At press time, Copeland had transformed back into a young, attractive, upper-middle-class white woman when she was pulled over for speeding in her convertible.