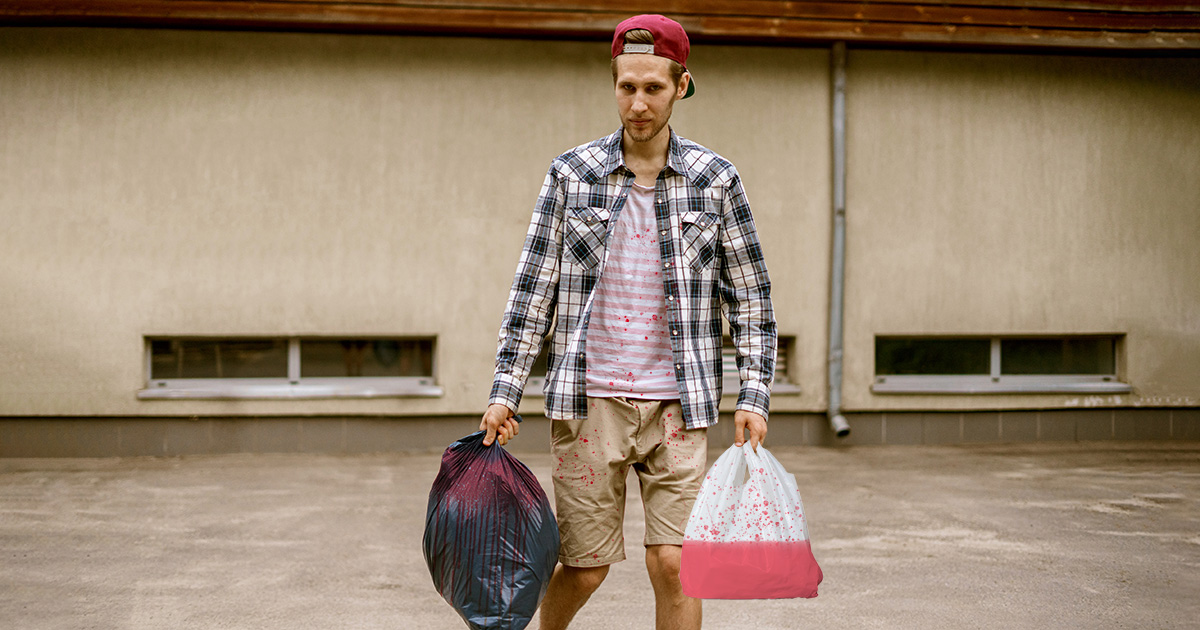 “The blood was disorganized, to say the least,” said eyewitness Kelly Harrington. “Some of it was in hermetically sealed bags and properly refrigerated, but other piles or whatever were in briefcases, backpacks, ziplocks, old fast food soda cups, tupperware… and I’m pretty sure I saw at least one partially cleaned cottage cheese container.”

“It just seemed ominous,” she added. “He seemed like he was really in a rush — like he had a lot of blood to get rid of, and quickly.”

While Strathe claimed it all belongs to him, medical professionals have doubts about whether he could generate this much blood, much less extract it from himself.

“He couldn’t tell us what blood type it was,” said phlebotomist Isabella Gomez. “When we asked, he just responded, ‘Wet.’ And when I asked if it was his, he said it was, ‘100 percent organic, farm raised, all that good stuff.’ I’m not sure what that means, and I don’t think we could’ve taken it even if it were an emergency. Blood isn’t supposed to have lint in it… not even Italian blood.”

Concern only grew when Strathe attempted to donate the blood at drop-off sites not intended to hold bodily fluid.

“I saw him out in the Shaw’s parking lot trying to stuff a giant, wet trash bag into one of those clothes donation dumpster things,” stated local townie Deb Stolz. “It looked like someone trying to wrestle a water bed. I don’t know why he’s gotta donate it anyway — seems unfair he gets to have all this blood while some of us have none. I’m pretty sure that’s what that Bernie guy’s been talking about.”

At press time, Strathe was carrying fair amounts of the blood in multiple cargo pockets and a small pool of extra in his mouth.