“What Are We?” Question Silently Answered by Sunday Afternoon Trip to Michael’s 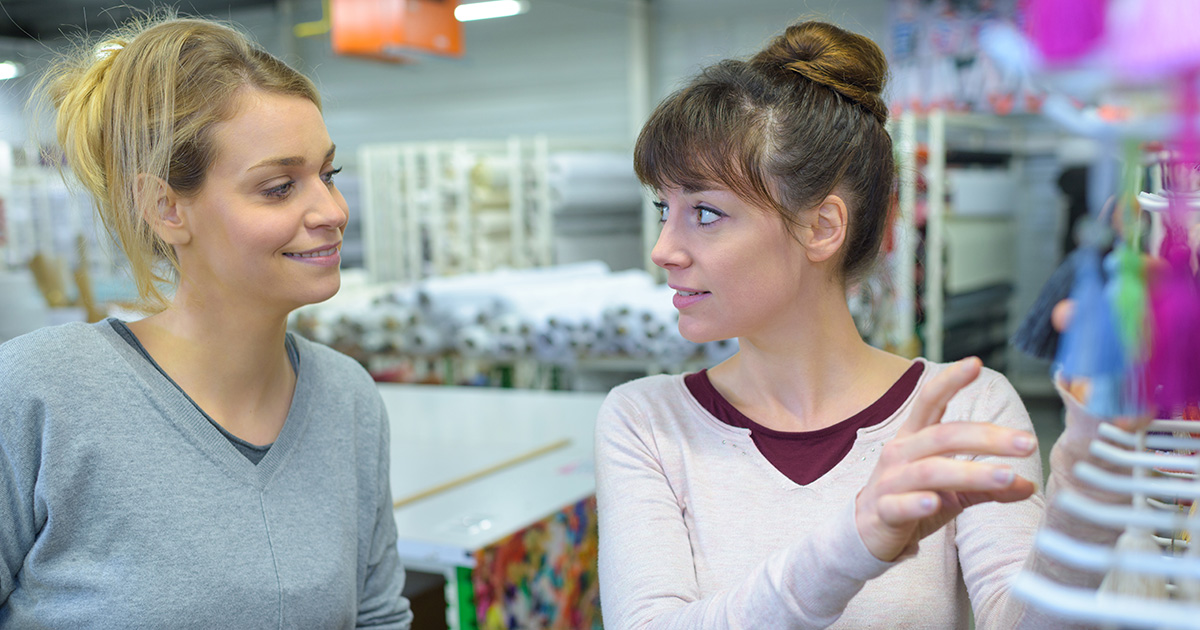 VESTAL, N.Y. — An impromptu stop at arts and crafts supply store Michael’s last Sunday silently confirmed the relationship status of Liz Satrano and Sam Grissom, according to sources excited for the couple.

“Sam and I have been kind of low-key hanging out every day and sleeping together for months now, but she always finds a way to change the subject when I ask what’s up with us,” explained Satrano. “But that trip to Michael’s said it all, really. I think it was her way of asking us to be official. I mean, I have a lot of friends, and I don’t spend nearly an hour on my day off walking around what might be the most boring store ever created with them to look at four different navy frames that I’m pretty sure were identical. And don’t even get me started on the pipe cleaners she was losing her shit over. Yes, I pretended to be into them, but that’s what you do for the people you love.”

Grissom, who “doesn’t want to ruin what we have with labels,” fears that the visit may have sent mixed signals.

“We were out and nearby and I just needed to pop in for some markers and a mason jar and double-sided tape. I didn’t think anything of it,” Grissom recalled. “We were in the small empty boxes aisle when she said something like, ‘This is nice,’ and that’s when I looked around and saw it — a bunch of couples who look like they’ve been together for a comfortable amount of time, and the most alone person you’ve ever seen in your life. Months of careful side stepping and vague excuses, all down the drain.”

Experts in the field recalled countless similar examples of the crafts store helping couples who are unsure where they stand.

“If I’ve seen it once, I’ve seen it damn near a million times — one person super excited about beads or something, and then another person kind of quietly shuffling behind them like a zombie, but sad,” said seasoned cashier for the retail outlet Marilyn DiStefano. “Many folks walk in this place ‘not really looking for anything serious,’ but when you’re forced to navigate a visually overstimulating gauntlet filled with glitter paint and stickers and apple cinnamon candles and chunky knit yarn, well, even the most emotionally unavailable brick wall of a human is gonna walk outta here different… changed. They just take their coupon for 40% off any non-sale item on their next visit and off they go. It’s outta my hands at that point.”

Issues were further complicated later that afternoon when the pair visited a nearby Lowe’s in search of a single, weirdly sized light bulb.