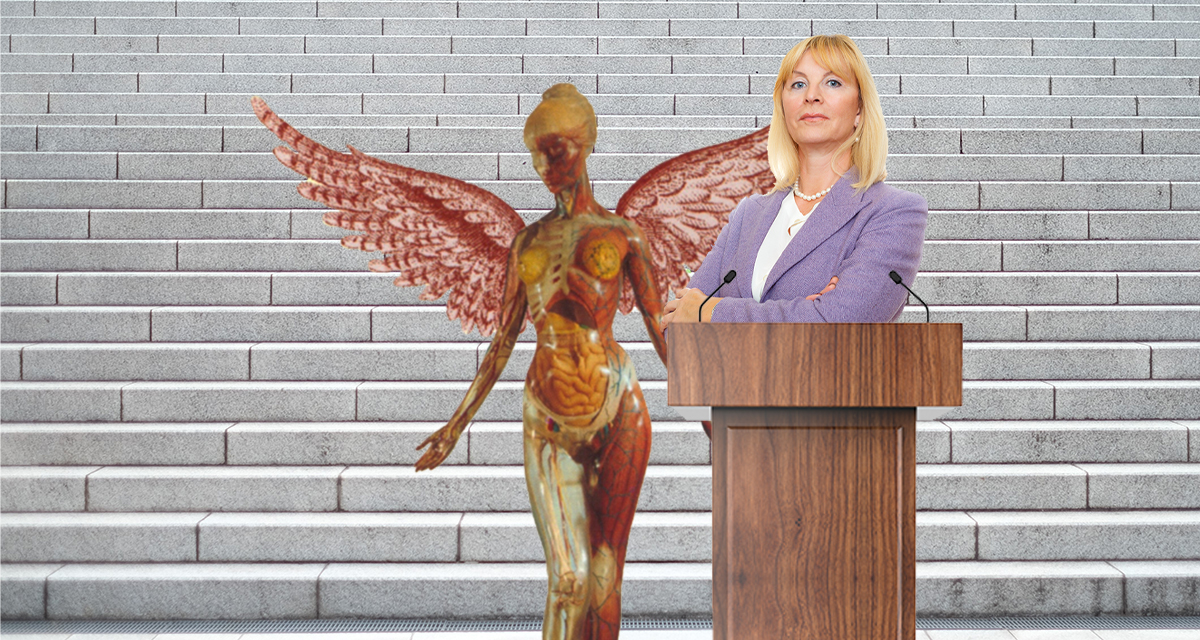 LOS ANGELES — A Weird Transparent Angel Lady, best known for her work as the cover model on Nirvana’s final studio album “In Utero,” is also suing members of the band and the Nirvana estate for damages following similar claims by the subject of the band’s ‘Nevermind’ album cover, court records confirm.

“It’s frustrating to think about how many people have seen my womb and mammary glands, those are intimate details I don’t want to share with the world. I had initially taken plenty of photos fully clothed, but they only used the nude photo and I never signed a release,” said Weird Transparent Angel Lady from her home nestled beneath a waterfall. “Anytime I’m out in public people stare at me, they want me to strip naked and recreate the photo for them. Most of them have children, and that’s just weird. The only time people didn’t bother me is when I would visit the Bodies exhibit and stand perfectly still.”

“This album cover is one of the most sexually explicit photos to ever be published, and my client has been forced to hide it from her multiple weird transparent cherub children. Nirvana produced this provocative photo for the sole purpose of selling more records, for which she was compensated a mere couple hundred dollars, and it is no coincidence that the album contains the song ‘Rape Me’ while the cover shows a woman-like creature who is beyond nude,” said Ramirez. “My client continues to suffer personal injury and emotional distress knowing that any Tom, Dick, or Sally could do a quick Google search and see a graphic photo of her intestines and circulatory system.”

Critics were quick to point out that Weird Transparent Angel Lady has used the notoriety gained from the cover to her advantage.

“This feels like another cash grab to me. On the 25th anniversary of the ‘In Utero’ release, the Weird Transparent Angel Lady recreated the album art for NPR and there weren’t any issues. I don’t know why she’s suddenly so upset,” said music journalist Misty Garrison. “I know there have been multiple instances where she tried to reach out to Dave Grohl and Krist Novoselic on a friendly level and never got a reply. I hate to be a cynic, but I bet this could be solved with a couple of backstage passes to a Foo Fighters concert and a few autographed photos.”

Citing stress caused by Nirvana cover art lawsuits, the skeleton/zombie and devil cat thing from the “Incesticide” cover announced they would be separating.