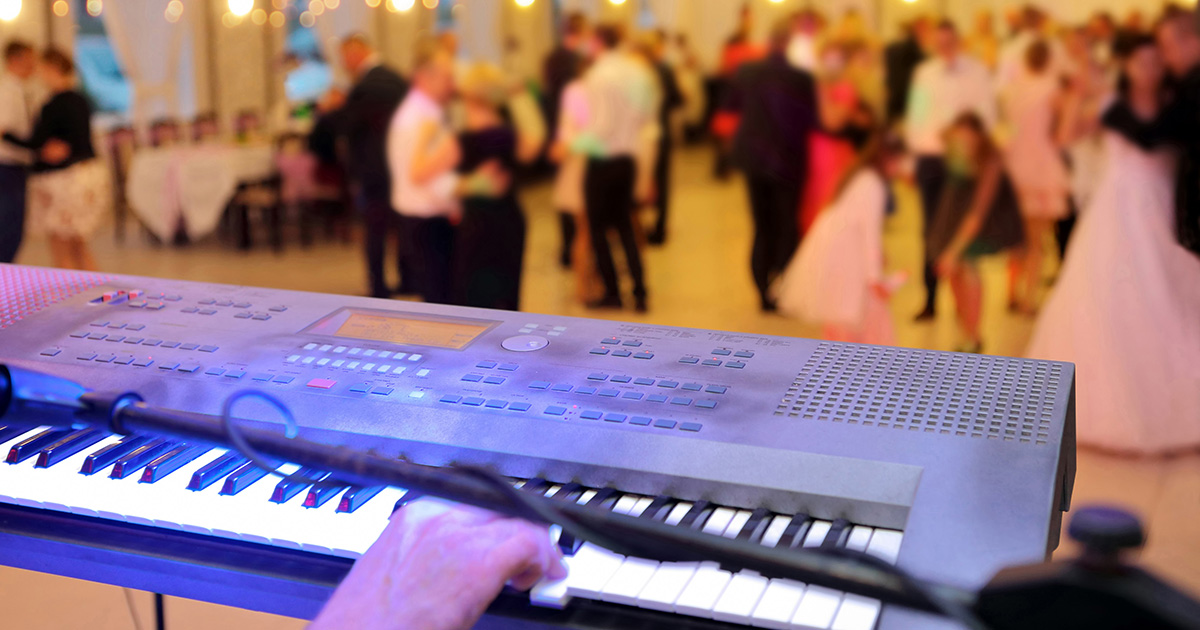 “We’ve been rocking in the love biz for well over 15 years, and this is hands down the biggest turnout we’ve ever had. We were lucky that these people have no regard for pandemic protocols,” said 48-year-old Holy Matrimony keyboard player Kenny Chang. “There must have been at least 30 people there, flying in from far away places like Ohio, Nebraska, Indiana, and Lord knows where else. It’s a good thing we spent hours rehearsing Billy Joel’s greatest hits yesterday, because this could definitely be the big break we’ve been waiting for. We absolutely destroyed that wedding. It’s only a matter of time before some bigwig record executives start blowing up our phones.”

The night did not go without a hitch, however: video caught singer Kasper Raducci jumping on a catering table and punting the wedding cake, to the dismay of their entire audience.

“They ruined what was supposed to be the best day of our life,” the new Mrs. Jatinder recalled. “These assholes showed up three hours late, raided the open bar, and didn’t acknowledge us the whole time they played — no mention of us, or our wedding, whatsoever. They started their performance by screaming, ‘You motherfuckers ready to fuck in the name of love?!’ before playing that CeeLo Green song ‘Fuck You’ from 2010. Worst day of my life.”

Fortunately for the band, some guests did appreciate their show.

“I’ve attended many weddings throughout my 65 years on this earth, and I’ve never seen a wedding band rock that hard,” said drunk uncle Phil Michaud, who flew in from Toledo, Ohio. “They kicked so much fucking ass! It’s good they promoted their merch during the father/daughter dance, because it reminded me to buy a shirt… which came with a free sticker, which is fucking sweet! Yeah, my niece hated that their bass player relentlessly hit on the bridesmaids, and she wasn’t stoked on the drummer puking in the bouquet… but that’s what real rock’n’roll is about. I follow them on Twitter now so I can catch their next gig.”

Holy Matrimony has a list of upcoming tour dates on Bandsintown, which include the nuptials of Anne and Gerry Beam, along with two Bar Mitzvahs next spring.