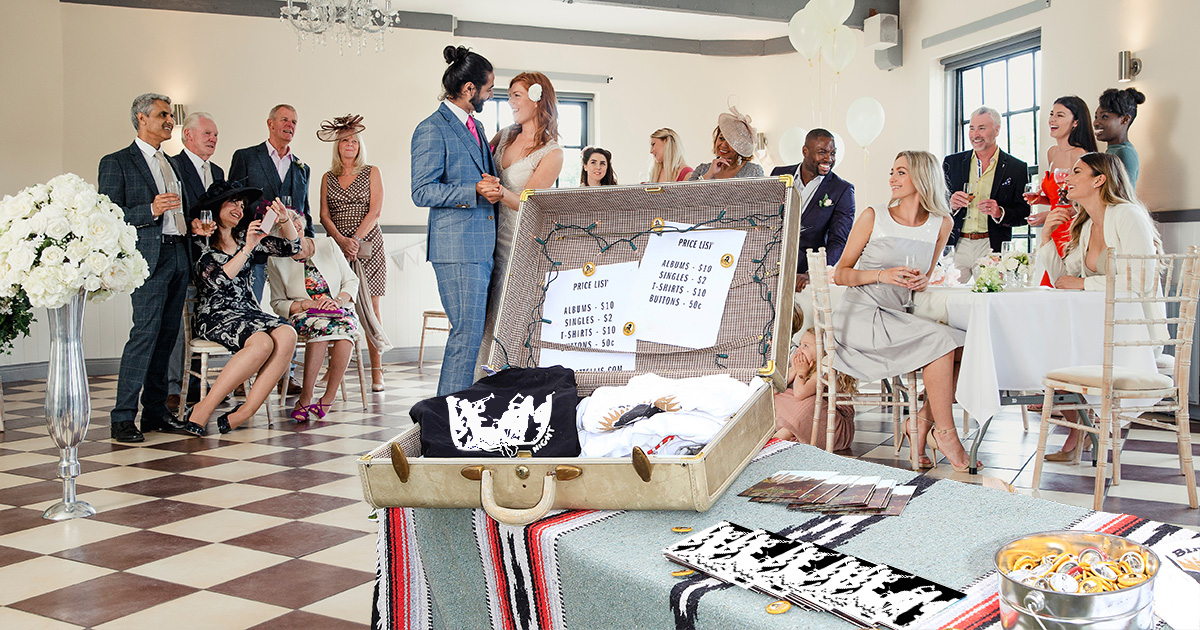 NASHVILLE — The newly married Taylor family is disgusted by a shameless act of self-promotion exhibited by the wedding band after they set up a merch table in the middle of the dance floor, confused sources confirmed.

“I don’t know what the big deal is,” said Big C and the Minor D’s frontman Chet Haley-Briggs. “A plate of food for each member, a couple intermissions, and a spot for our merch table to promote our business is right here in the contract. The wedding industry is cutthroat, and we have to stay on top of our game. We do all of our own sound, we are punctual, and our set is tight. We even played all of their requests, and God knows nobody needs to hear ‘Blinding Lights’ more than four times in a single sitting.”

Gary Chisholm, the father of the bride, recalled different terms being negotiated upon booking the band.

“We were expecting a little table off to the side with business cards for their band. I get it, the band has to promote themselves, and they’re actually quite good,” said Chisholm. “The problem is that we had kids chicken dancing around T-shirts for a band called ‘Corpse Fucker,’ and I nearly slipped on a stack of stickers that said SEXFUNK on them while I was dancing with my daughter. I don’t even know what the hell that means.”

Kendra Jeffries, an experienced wedding planner who is no stranger to self-promotion, offered suggestions for improving brand awareness at such events.

“The big mistake they made was putting the table front and center like that,” Jeffries said. “I’ve got an Etsy, I’m a life coach, and I’m a notary. The key is to find your audience, and sneak the information to them. For example, I have my business card taped to the bottom of every coaster, and I put my OnlyFans handle in all of the restrooms. I can’t be certain, but I’m guessing none of the 300 guests present at that wedding are the right consumers for pushing $1 zines about making pipe bombs.”

At press time, Haley-Briggs was making changes to an “appeteasers” clause written into the contract for an upcoming Bat Mitzvah.