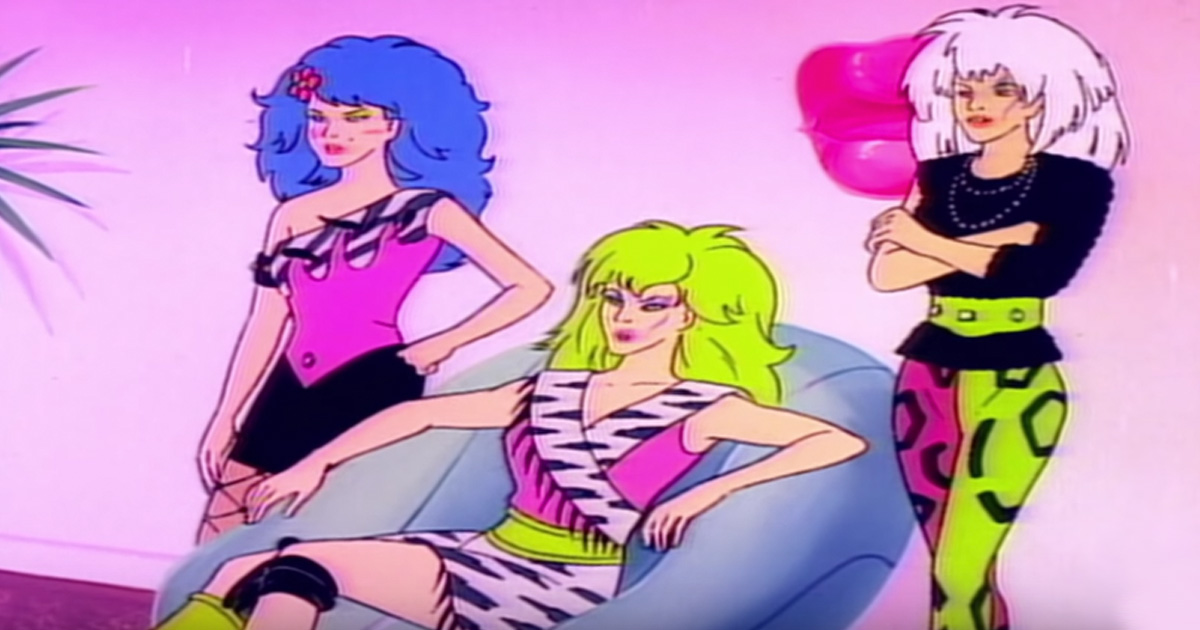 With the Misfits on tour, we here at The Hard Times thought, “What better time to interview one of the most influential bands in punk?” Unfortunately, our lowly dirtbag intern accidentally put us in touch with The Misfits, the cartoon trio best known for being the rival band to Jem and the Holograms, and we couldn’t back out since the Skype call had already connected.

THE HARD TIMES: As long-time Fiend Club members, it’s so nice to sit down and talk with you! How’s the tour going?

PIZZAZZ: I mean, aside from trying to sell off our remaining dayglo spandex at Buffalo Exchange, we haven’t really been doing much since we got robbed at that bullshit Battle of the Bands back in ‘85. I spent a lot of sleepless nights blaming that damn applause-o-meter, but it really all came down to our shitty management, who got us in a major scene beef with some cool girls making music. Shoutout to the Starlight House crew, we don’t hold any grudges and we hope you don’t either!

THE HARD TIMES: Misfits aren’t just influential on musicians, but music culture too. What kinds of things influenced the band, aside from horror?

ROXY: I guess I’d have to give a lot of credit to colors, being mean, being bad, and winning.

THE HARD TIMES: You’ve had a lot of lineup changes over the years. How’s it feel to be back to just the three of you?

STORMER: Well, it’d be hard to dismiss our time with the additional members who helped shape the band over the years—even if the fans didn’t always love it—but the original The Misfits will always be me, Roxy, and Pizzazz.

THE HARD TIMES: So much has been said about you guys over the years. Is there anything people don’t know that you’d like to share?

ROXY: Well, what most people don’t know about us is that we actually coined the term “poser” after Clash dressed up like Jem and posed as her at several public events. She even tried pulling a ‘Single White Female’ and hooking up with Jem’s boyfriend or whatever, Rio, which was so fucking classic. We were eventually found out after someone ripped the alarmingly believable Jem mask off of Clash’s head, but she poured a lot of food on a lot of innocent people before that, so it worked out OK.

CLASH: Yeah, make sure you check your grammar when you Google us — there are a lot of hack bands out there getting clout off our names.