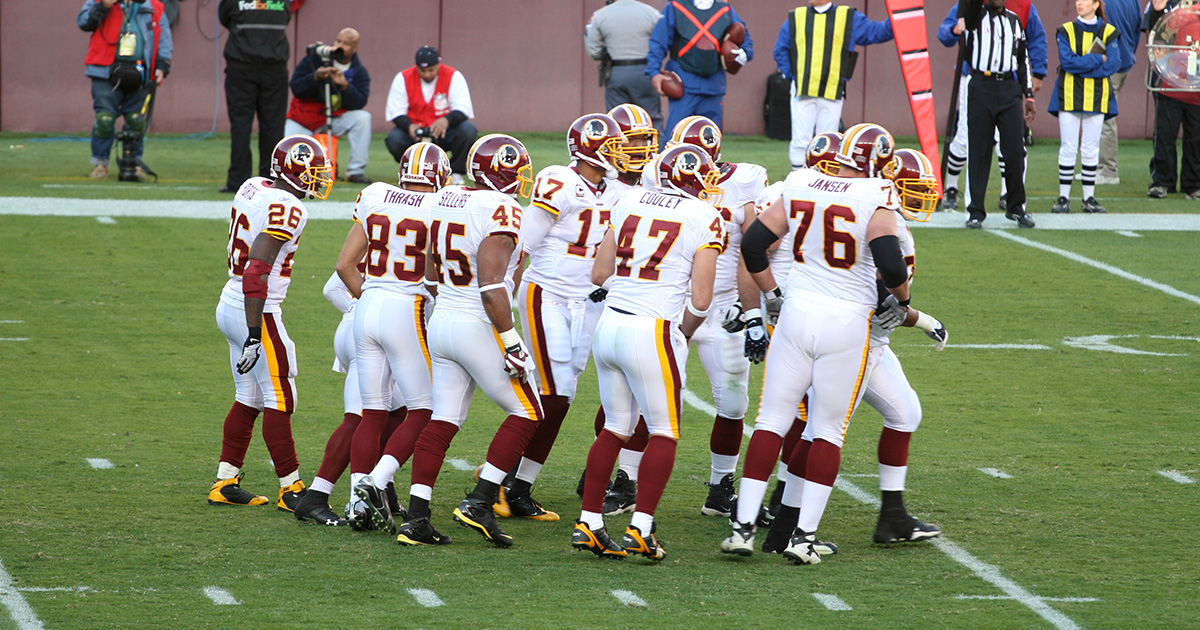 WASHINGTON — Representatives for the popular NFL team based in Washington, D.C. claimed today that they only used their long-standing team nickname as a strategy to get the organization into the highly-competitive Harvard University.

“We weren’t trying to hurt anyone’s feelings. We just wanted our application to stand out,” said Max Walters, the team’s Director of Human Resources. “We needed to get selected ahead of the Chiefs and the Browns, and we really had no way to make the organization retake the SAT. Look, to get the attention of an admissions department, you may have to use a slur or two — our college essay was so weak, it was about how volunteering changed our perspective. Boring. By the way, did I mention that new licensed merchandise is available in the team gift shop?”

“And for the record, when I wear a Marine Corps uniform on an airplane to get free drinks, I’m not mocking the brave men and women in our armed services,” Walters added. “I’m honoring them.”

“Sure, if we got all of our organizations into an Ivy League institution, it’d be a real feather in our cap. Unfortunately, the Washington team has rarely had the athletic skills needed to go to a place like Harvard, and it’s a shame they resorted to tactics like this,” said Norwood. “Maybe we can work out a donation to make things right — the ‘Bud Light Student Union’ has a nice ring to it. Either way, the NFL is committed to atonement, even if it is decades late and only because public pressure forced us to do so.”

Still, many fans are defending the team’s controversial, original name.

“The team name is about honoring the people Christopher Columbus discovered when he founded America,” said season ticket holder Thomas Laine, wearing a traditional war bonnet. “Plus, the end zones are already painted. Are we going to dishonor the hard work of the dedicated groundspeople who spent minutes of their day perfecting each line? I guess I’m the only person that values their contribution to this country.”

As part of their apology, the football team is committing to both a name change and picking up a few extra-curricular activities.