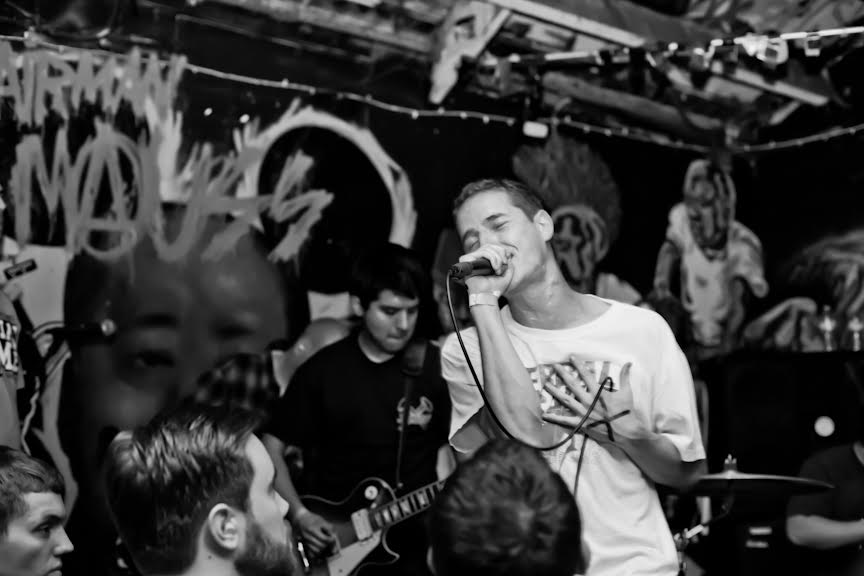 TULSA, Okla. –  Local musician Mike Thornton, frontman of the hardcore band Striving Few, announced last night during his band’s set that he no longer identifies as a vocalist, but as a singer.

“Yo, listen up. I need to speak my truth. For years, I’ve been listed as ‘vox’ on all our releases. But that’s not me. I am telling you all tonight I am up here as a singer,” said Thornton, known for his unintelligible, harshly yelled vocals.

Upon hearing the news, the apparently progressive crowd immediately moved on. Jess Pearson, a show attendee who had seen Striving Few live twice before, seemed confused by the announcement.

“Who cares, really? You can call yourself whatever you want, I guess…. as long as you know to hold the mic out over the crowd during the singalong parts, it doesn’t affect me,” said Pearson.

While some fans of Striving Few may have been caught off-guard, Thornton’s bandmates admitted they suspected the transition was coming.

“He kept mentioning how much he admires Danzig’s ‘crooning,'” recalled guitarist Paul Stewd. “He tried to make it sound casual, but I could tell he was trying a new version of himself. I mean, I like Danzig, so I just went with it. Honestly, why does this matter?”

“He started drinking hot water with honey before shows, going on about about ‘coating his pipes,'” added bassist D.Javier. “His mosh calls weren’t affected, so I stopped paying attention.”

But early reports indicate not everyone responded to the announcement with the same apathy or acceptance.

“I’m the drummer,” said Travis West. “Not ‘percussionist’, not ‘timpanist’, not ‘skins’. I hit drums… if you do the vocals, you are the vocalist. Has the world gone completely crazy?”

Thornton reportedly called the band’s label early this morning to change his credit on the sleeve of their upcoming EP, The Few, The Proud, before it goes to press. Witnesses say Thornton called just in time.

“Whatever you want, Mike. It’s 2016, for god’s sake,” said Julie McManus, manager of Anklebreak Records. “We haven’t even started the design yet, so, whatever.”

Sources close to Thornton report his mother was the most surprised by her son labeling himself a singer.

“I will tell you who is good singer — that Adam Lambert from The Talent Idol. What Mike does is not singing. Then again, he claims the noise his band makes is music, so what do I know?”

Update: Whirr has taken to Twitter to voice their disapproval.