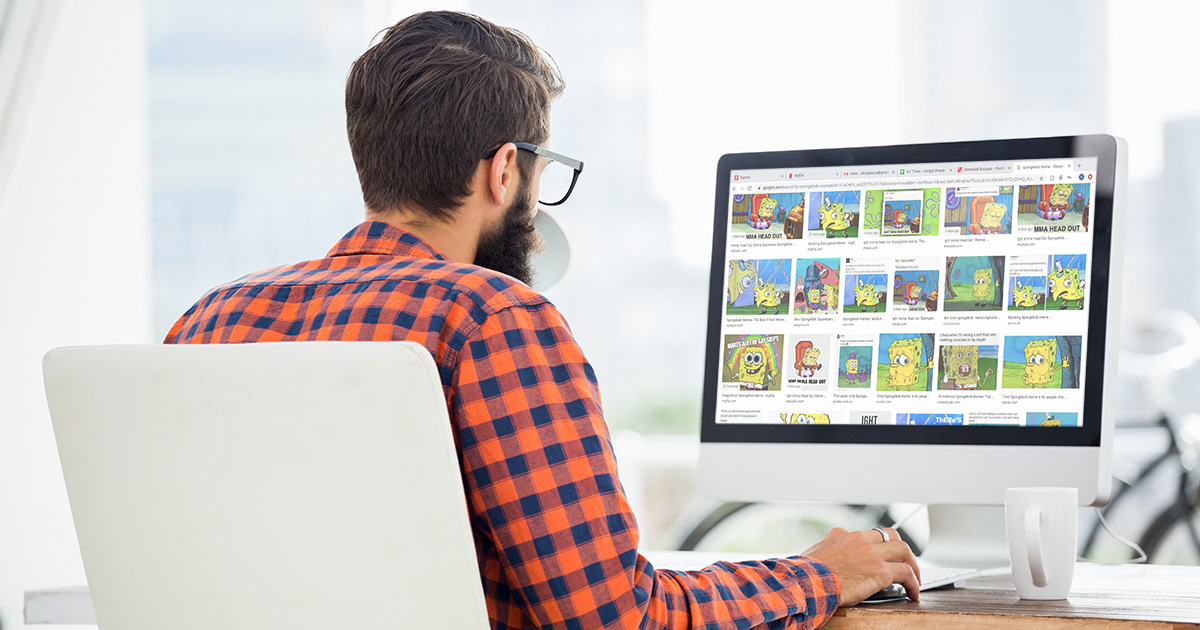 “In the three months I’ve been here, nothing I’ve written has really gained any traction,” lamented the Oberlin graduate. “When I saw this meme of Spongebob and Sandy blowing up, I figured, if I found a way to ruin it for everybody, I could finally write something important and make a name for myself here while tearing down a children’s cartoon. But I’ve been looking over this thing for weeks now and I can’t find a goddamn thing about it that anyone would be offended by.”

Walsh’s fruitless attempts included scouring old tweets and interviews of anyone remotely connected to the cartoon for anything that could be construed as offensive.

“Evan seems really dead set on this idea, so I’m just going to let him run with it if it gets him off my ass for a while,” noted Vice Features Editor Jen Bradley. “I told him that I don’t think anyone is going to care that one of the parents of a receptionist at Nickelodeon voted for Trump in a primary, but he’s still pretty gung-ho. I actually heard him say, ‘This would be so much easier if Tom Kenny would just sexually assault someone.’ I might have to just assign him a story about Hong Kong so he moves on.”

Colleagues claimed Walsh’s other recent pitches included why the Count on “Sesame Street” is offensive to Romanians, and accusing white martial artists of cultural appropriation.

“Evan’s always been a bit of an SJW stereotype, but ever since he got this new gig he’s been fucking insufferable,” stated longtime friend Kyle Talbot. “This has long been his M.O., though — he nearly flunked out of school when he protested our theatre class’s lack of trigger warnings for ‘Romeo and Juliet.’ I guess Vice should be a good fit for him, though. They all seem to be as tightly wound as him.

When surveyed about Walsh’s upcoming article, Vice readers overwhelmingly thought the attempt for the piece was “stunning and brave.”