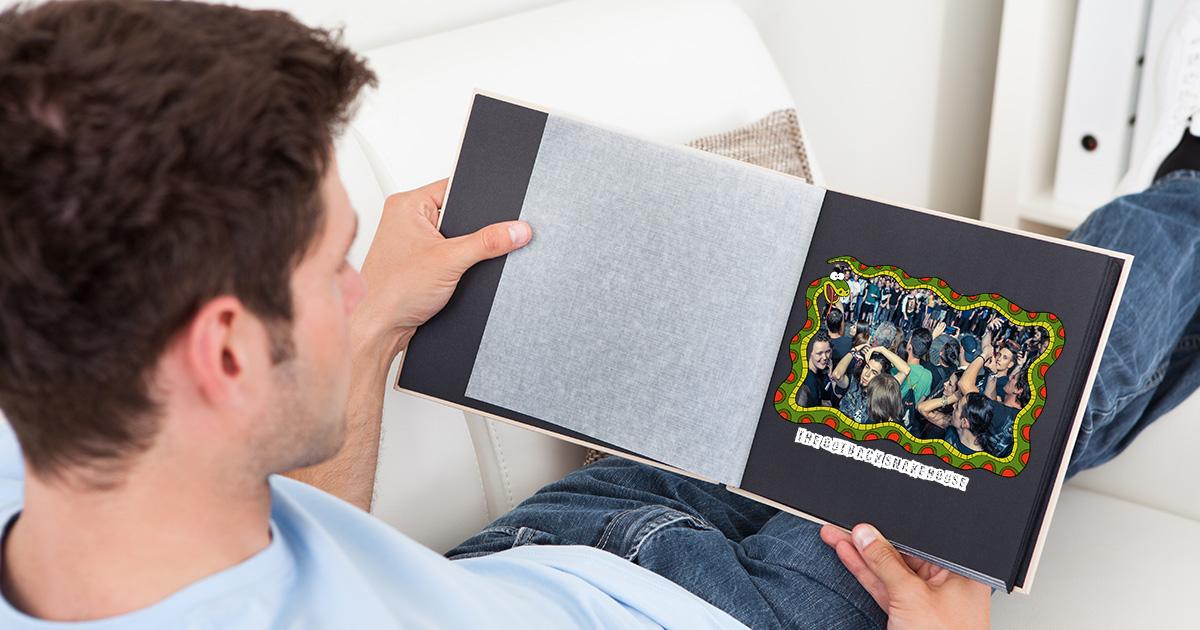 “I can’t believe how well this thing has done. I sell them for $10 a piece and it’s just some photo paper with The Outback Snakehouse logo on there,” said Kirk while designing a variety of fun borders for the photos. “We are absolutely making bank and I didn’t think we would sell a single photo. Really, we just installed the booth so people would use the north exit that’s right next to the vending machine. Figured some of these kids would want to grab a Three Musketeers before they left, but apparently, they want these goofy photos too. After every band there is a line that bends around the merch table with people wanting to buy another photo.”

“I guess leaving with a framed keepsake is still better than buying a shitty demo tape you’ll never listen to, huh?” added Kirk.

Audience members aren’t the only ones excited about the new booth.

“I absolutely love it. I’d buy every single photo of people going nuts during our band if I could afford it,” said Tammy Combs, drummer for Oklahoma City pornogrind band Cock Distance. “Every single time we play out of town nobody ever shows up, so this is just proof that we had at least 26 paying customers show up. It sucks that I didn’t get any pictures with me in them to post on our Gram, but it’s worth the trade-off.

However, not everyone who has encountered the booth is a fan.

“That booth is absolutely ruining hardcore and it’s ruining this scene,” said local music fan Tina Frazier. “Kids keep showing up to these shows and jumping in the pit with toothbrushes and newspapers and shit so they can get some goofy picture of themselves at the exact right moment. I mean, they were doing that before and it was fine, but now that they are doing it for the photo it’s stupid.”

Kirk has already announced plans to expand on the booth with the help of Shining Star Studios, a local photography business known for their prom photos, to take photos of audience members’ outfits before this weekend’s shows.