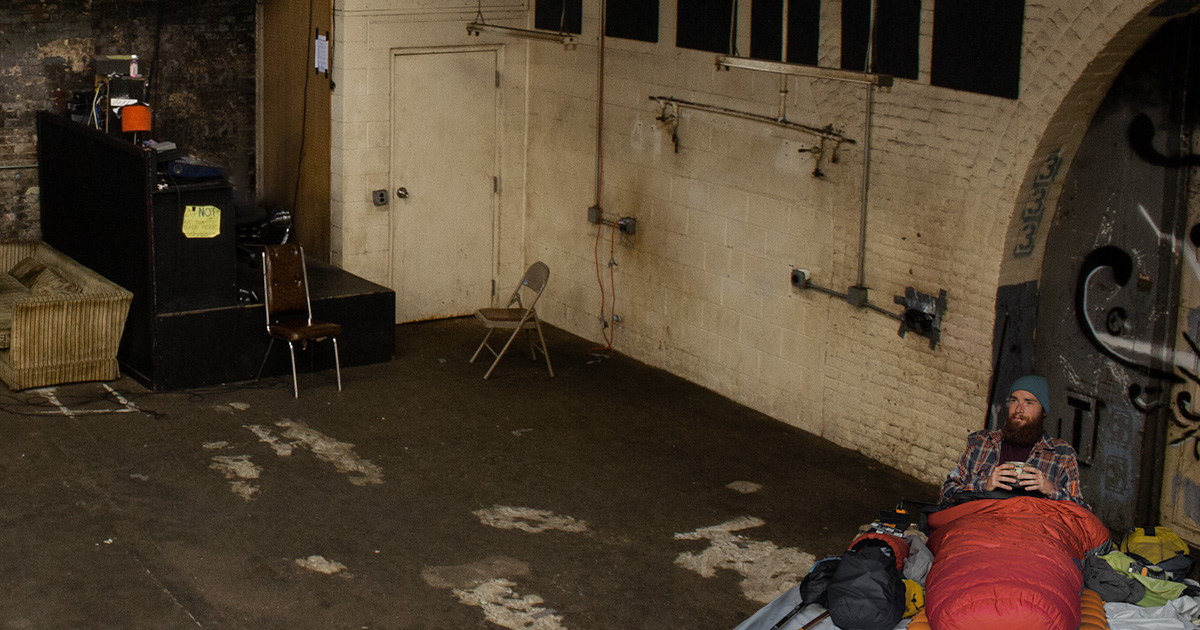 “Fuck!” exclaimed Englert, tearing away from an outdoor dinner party without explanation. “Right when we had to close down DC9, I had this nagging suspicion that I forgot to do something… but I remember double checking all the lights and unhooking the kegs, so I figured it was just some minor thing, if anything. I’m not sure what it was that made me remember Jake was still in there taking a shit when we closed — maybe it was the bad food I’d had for dinner or something. But goddammit, I am so fucked if he’s dead in there. This is like that bulk order of ice incident all over again.”

“I’m starting to get the sense that no one’s coming for me,” a defeated Montgomery mused. “I sent a few texts saying I’m trapped in the bar, but I guess no one took them seriously because everyone sent my hundreds of calls to voicemail. It wasn’t so bad at first — I figured eventually someone would come looking, but no dice. I tried to get out, but I was too weak to break a window, and I’m still too chubby to fit in a vent. Things took a turn once the city shut the water and power off and the jars of maraschino cherries in the walk-in ran out. There’s still water in the toilets to keep me going, and I’ve managed to kill a few rats here and there for food, but I think it’s just a matter of time at this point.”

City officials chided the management of DC9 for their forgetfulness, but conceded that they weren’t particularly surprised.

“Given D.C.’s long and proud history with the punk community, we’ve seen our fair share of negligence cases among the so-called losers of the rock community,” stated Mayor Muriel Bowser. “City services often find themselves stepping in to deal with circumstances such as Montgomery’s. We’ve had everything from social services taking neglected bassists under protection, to performing welfare checks on music bloggers. The punk community needs to do better by these dorks.”

In related news, absolutely no one from pop-punk band One Hundred Cubs has yet remembered that their merch guy Alan Chiu was still in a double-parked van out back.